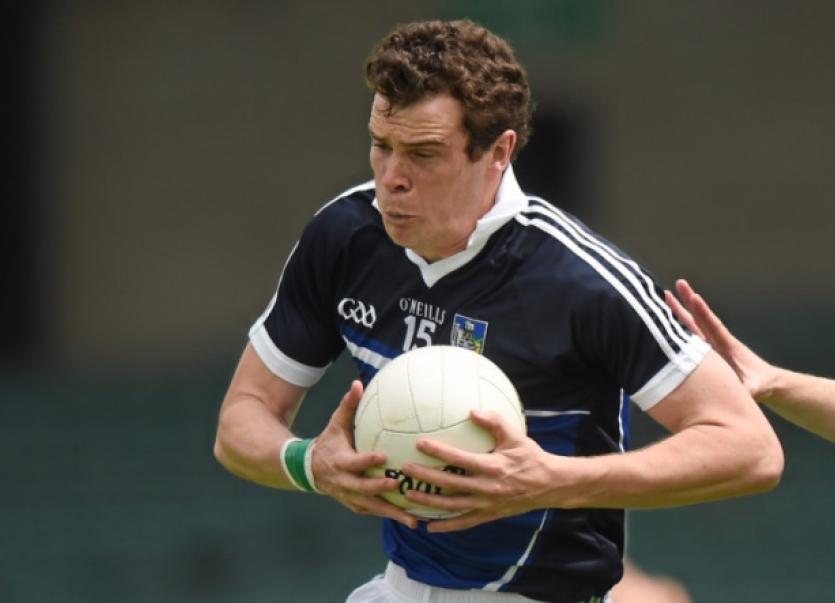 LIMERICK football attacker Ian Ryan is back in training but won’t play against Armagh this Sunday in round three of the Allianz League.

LIMERICK football attacker Ian Ryan is back in training but won’t play against Armagh this Sunday in round three of the Allianz League.

Ahead of Kieran McGeeney’s unbeaten Armagh coming to town, John Brudair’s Limerick will look to regain some consistency after the opening two rounds of Division Three action saw his side beat Sligo and then lose to Tipperary.

Sunday’s game has a 2.00 start in Kilmallock.

The arrival of the high-flying Ulster side to Limerick kick-starts a run of key league games for Brudair’s team.

After Armagh, Limerick travel to Wexford and Fermanagh in successive weeks as they bid to secure their spot in the division for another season.

The injury up-date from Brudair is encouraging but not necessarily for Sunday - Ian Ryan, John Mullane, Jamie Lee and Killian Phair are all back in training but also only Phair will be togged out for the Armagh game.

To-date Limerick have lined up with a new-look side following the retirement of John Galvin and the absence of others like Pa Ranahan, Mark O’Riordan, Ger Collins and Eoin Hanrahan.

“For young lads Sunday is a game you want to play. They have watched Armagh on television down the years and now get to test themselves against them. These are the games that will be learn from,” outlined John Brudair.

“We have done a lot of work on the training field in the last couple of weeks and we hope to cement the best of the Sligo game and the best of the Tipperary game,” he said of the three week break.

“We didn’t play any games but the U-21s did and we had lads playing Sigerson Cup.”

It is now 11 years since Limerick’s memorable win over Armagh in the Division 1B league of 2004. That victory booked a Division One league semi-final spot for Liam Kearns’ Limerick. Johnny McCarthy, Paudie Browne and Stephen Lucey remain involved with the inter-county side since the heights of that era for the Shannonsiders.

During that era Liam Kearns and Joe Kernan’s Armagh also met in the NFL of 2002 and the All Ireland SFC Qualifier of 2003 - both big wins for The Orchard County, who are hot 1/7 favourites on Sunday in Kilmallock.