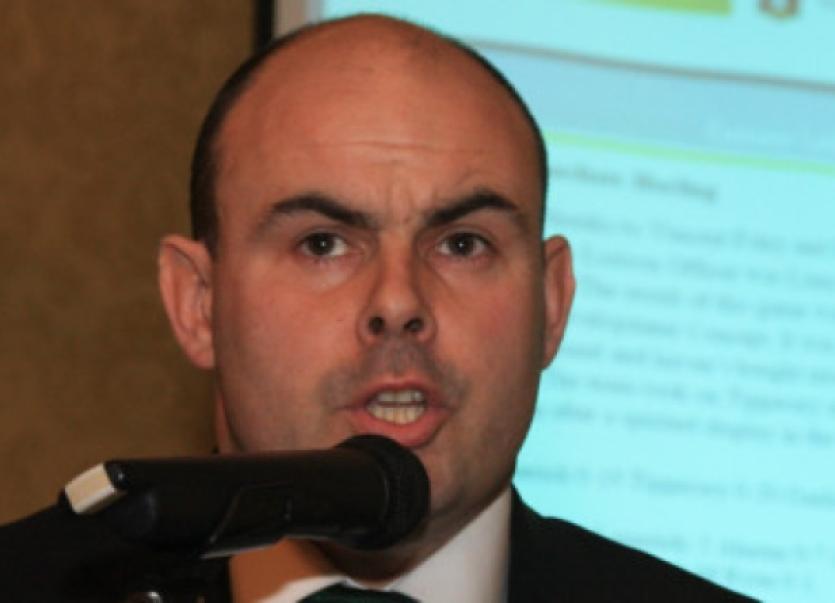 LIMERICK won’t be supporting one-v-one hurling penalties when the motion is debated at the GAA’s Annual Congress in Cavan this weekend.

LIMERICK won’t be supporting one-v-one hurling penalties when the motion is debated at the GAA’s Annual Congress in Cavan this weekend.

Limerick held a special meeting for club delegates this Tuesday night in Claughaun to debate all 65 motions on the agenda for the weekend’s gathering.

Motion 21, proposed by the Hurling 20/20 Committee, is that only one defending player would stand on the goal line for a penalty and three would defend a 20-metre free.

Although Limerick GAA secretary Mike O’Riordan told the meeting that feedback from goalkeepers was that they were in favour of change, the clubs voiced concerns and ultimately directed that the county’s delegation would vote against the change.

One of the main concern expressed was that the rule change would include all age groups and teams and not just inter-county teams.

Limerick also opposed the motions relating to the introduction of a black card in hurling to deal with cynical fouling.

Another motion opposed was the Clare proposal that could see GAA county grounds across the country opened up to other sports.

St Joseph’s Miltown Malbay are proposing that all GAA grounds would be opened to non-GAA sports, as currently applies to Croke Park with permission only needed to be obtained from Central Council on an individual basis.

Limerick GAA will bring one motion to Annual Congress.

Back in December in the new facilities of Ballylanders GAA club the motion, which was proposed by the management committee of the county board, was passed by the clubs and has subsequently made its way onto the lengthy agenda for this Friday and Saturday in the Slieve Russell Hotel.

Limerick are proposing that ‘where a County Bye Law provide that the treasurer and/ or Children’s Officer is not subject to the maximum period of office of five years”.

Ó Fearghail will become the 38th president of the GAA and the first Cavan man to take on the role.

He will be replaced by former Limerick GAA chairman, Denis Holmes, who was elected last December.