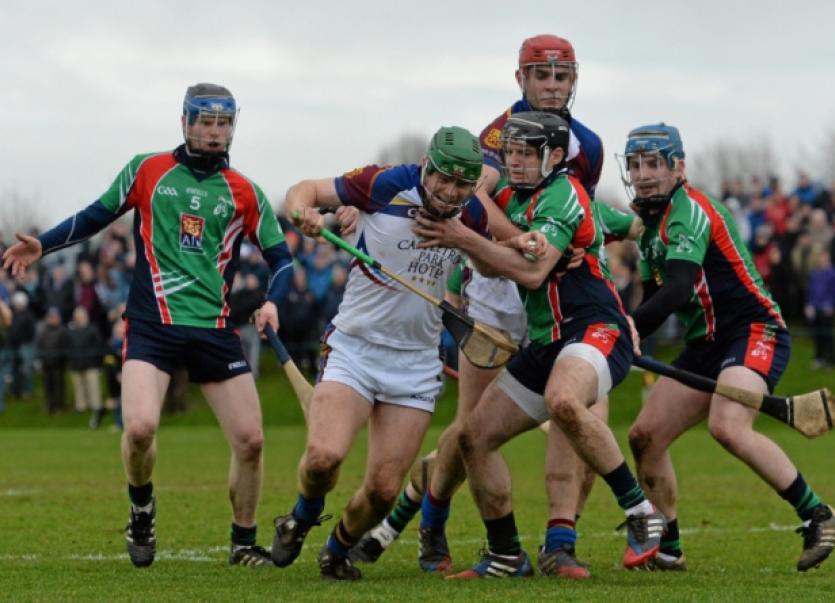 FOR just the fifth time in the 103 year history of the championship the Fitzgibbon Cup finals weekend takes place in Limerick this Friday and Saturday.

FOR just the fifth time in the 103 year history of the championship the Fitzgibbon Cup finals weekend takes place in Limerick this Friday and Saturday.

A total of 10 games are scheduled over the two days with the show piece Fitzgibbon Cup final fixed for the Gaelic Grounds on Saturday at 7.30 - live on TG4.

Limerick IT are the host college for the weekend.

While all attention will focus on the Fitzgibbon Cup, there will also be action in the Ryan Cup (Division Two), the Fergal Maher Cup (Division Three) and the Padraig MacDiarmada Cup hurling competitions.

A local side is guaranteed a place in Saturday’s floodlight final with city rivals LIT and UL to meet in Friday’s semi-final.

The first semi-final, at 1.00, is a repeat of last year’s final between champions Waterford IT and Cork IT.

Then at 2.45 is the clash of the Limerick rivals, which is a repeat of last year’s quarter-final, which LIT won.

What a battle this derby game promises to be.

It’s brother v brother with Patrickwell’s Seanie O’Brien in the LIT colours and Kevin with UL and also Waterford’s Stephen Bennett plays with UL while his brother Kieran is with LIT. Indeed their father Pat is a selector with Davy Fitzgerald in LIT.

And, then there is 2013 Hurler of the Year Tony Kelly - the Clare man played with LIT last season but switched college courses across the city to UL last September and on Saturday will face many of his former college team-mates and indeed his current inter-county manager.

LIT also have their own woes with Alan Dempsey to miss out after receiving a straight red card in this Tuesday’s quarter-final win over IT Carlow.

Ahead of Friday’s contest, the bookies make UL the favourites.

The four time champions are managed by Brian Lohan with James Moran (Ahane) and Ken Ralph as selectors.

Patrickswell’s Kevin O’Brien and Mark Carmody and Ahane’s Dan Morrissey are all in their plans.

Hosts LIT are once again managed by Davy Fitzgerald.

CORK IT V WATERFORD IT

Friday’s first semi-final should also be a cracker with a wealth of talent on display and the bookies unable to separate the sides.

Doon’s former Limerick minor hurling goalkeeper Darragh Stapleton played in goal for WIT this Tuesday night when they overcame Dublin IT in their quarter-final.

He is the only local in either of the two squads.

Champions WIT are managed by Colm Bonner and have an array of Waterford inter-county players in their team - Pauric Mahony, Austin Gleeson, Martin O’Neill, Gavin O’Brien and Jake Dillon. Also in their plans are Tipperary’s Liam McGrath and Tomas Hamill and Wexford’s Harry Kehoe.

Their opponents Cork IT are managed by Pat Mulcahy.

Despite playing in three finals, CIT have never won the Fitzgibbon Cup title.

Central to their quest are Cork trio Aidan Walsh, Mark Ellis and Bill Cooper, although the centre forward is an injury doubt. Charleville’s Alan Dennehy will be full back.