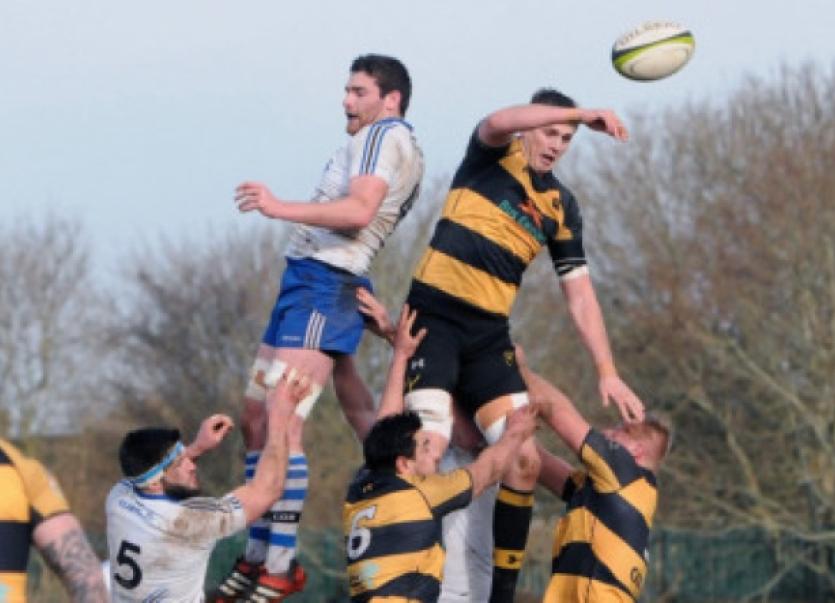 The action kicks off this Friday night, February 27, with the Division 1B clash of local rivals Garryowen and UL-Bohemian at Dooradoyle, 7.30pm.

Home side Garryowen will be desperate for the points in order to maintain their strong promotion drive, while UL-Bohs will be anxious to record an away win in order to boost their survival hopes in Division 1B.

As it stands, second-placed Garryowen lie in the promotion play-off place, two points behind pacesetters Galwegians.

UL-Bohs will travel to Dooradoyle in confident mood on the back of their precious 16-6 home win over Malone at Annacotty on Saturday last. The result saw the Red, Red Robins creep into eighth place in the 1B table, two points ahead of both Malone and Corinthians who occupy the two automatic relegation berths in 1B. The bottom two sides face life in 2A next season.

Elsewhere, in 1A Young Munster face a crucial relegation clash with bottom side Dolphin at Clifford Park on Saturday, 2.30pm.

Munsters’ frustrating 6-3 weekend defeat to top-four chasing Cork Constitution at Greenfields saw Munsters’ slide down into the relegation play-off position in Division 1A.

Young Munster, who haven’t won in the AIL since early December, currently sit five points ahead of Dolphin, who occupy the automatic relegation place in the table with just four series of regular season games to go.

Munsters’ trail seventh-placed Old Belvedere and eighth-placed St Mary’s by two points and need to jump ahead of one of the two Dublin clubs to be sure of their top flight status for next season.

Munsters’ had looked a good bet to secure a top four place at the turn of the year, but a run of five successive defeats in the Ulster Bank League has seen the Greenfields side drop down the table.

Also on Saturday, in Division 1B, Shannon host promotion-chasing Dublin University in a key game at Coonagh.

Shannon will be looking to bounce back after dropping to seventh place in the table as a result of their disappointing 31-13 defeat to improving Belfast Harlequins side at Deramore Park. The defeat leaves Shannon four points clear of both the automatic relegation and relegation play-off places in 1B.

In Division 2A, Thomond travel to Parsonstown to face NUIM Barnhall looking to return to winning ways. In 2B, Old Crescent are on the road to Kanturk, while Bruff face Armagh at the Palace Grounds.

Second-from-bottom Richmond face a crucial fixture in 2B with an away tie against basement side Ards at Hamilton Park.