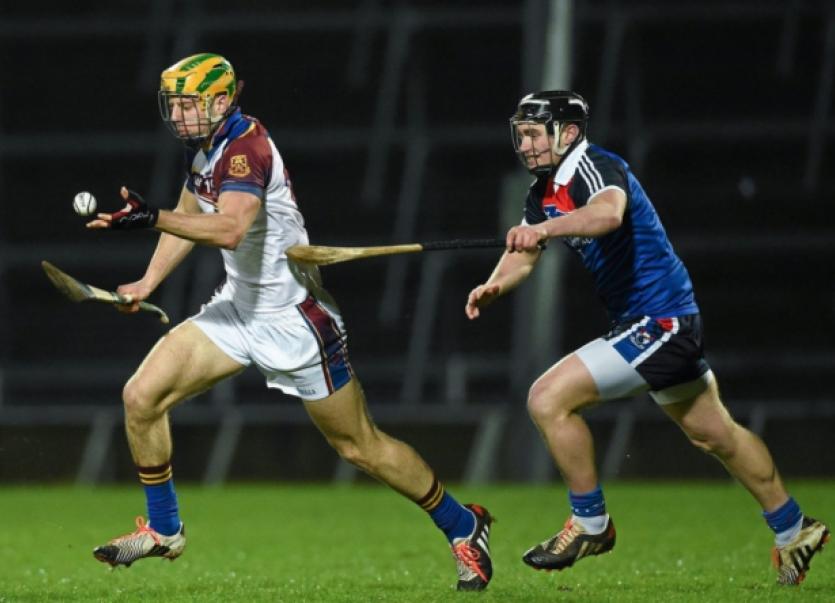 LIMERICK’S UL and Waterford IT will have to meet again after extra time failed to divide them in this Saturday night’s Fitzgibbon Cup final in the Gaelic Grounds.

LIMERICK’S UL and Waterford IT will have to meet again after extra time failed to divide them in this Saturday night’s Fitzgibbon Cup final in the Gaelic Grounds.

Waterford corner back Tom Fox levelled the final in the 80th minute to ensure a replay.

It had looked like a Stephen Bennett goal in the second minute of the second period of extra time had won it for UL.

UL started with Dan Morrissey (Ahane) in midfield and Kevin O’Brien (Patrickswell) corner forward. They had Mark Carmody (Patrickswell), who was introduced as an extra time sub, and David McCarthy (Glenroe) among their subs.

Waterford IT had Darragh Stapleton (Doon) in goals.

UL played against the wind in the opening half but led 0-6 to 0-4 at the interval.

John McGrath set them on their way to that lead with three points inside four minutes - two from play.

It was the 10th minute when Waterford got off the mark with Harry Kehoe scoring.

Brian Lohan’s UL set up with Jason Forde operating as a sweeper in defence and it cut down WIT options for long periods of that first half.

Then WIT found some form with Austin Gleeson inspiring with a 22nd minute lineball.

McGrath ended the half with his fourth point to give UL a two point lead at the break.

It was a Tommy Heffernan goal that gave UL the perfect start to the second half. They were 1-7 to 0-6 ahead after 10-minutes of the restart.

Three unanswered points from WIT had the game finely balanced when UL found another run of scores.

But still WIT refused to buckle.

Between the 53rd and 61st minute they hit five successive points and it looked like sub Johnny Hayes had secured the match winner injury time.

But there was another twist and it fell to Tony Kelly to score a free from near the sideline to send the final to extra time - UL 1-11, WIT 0-14.

Waterford enjoyed the best of the opening 10-minutes of extra time but UL led 2-11 to 0-16 at the break with Jason Forde goaling in the 7th minute.

That was the only UL score of the half, in which they played with the wind.

Bennett looked to have won it for UL until the late dramatics from Waterford.