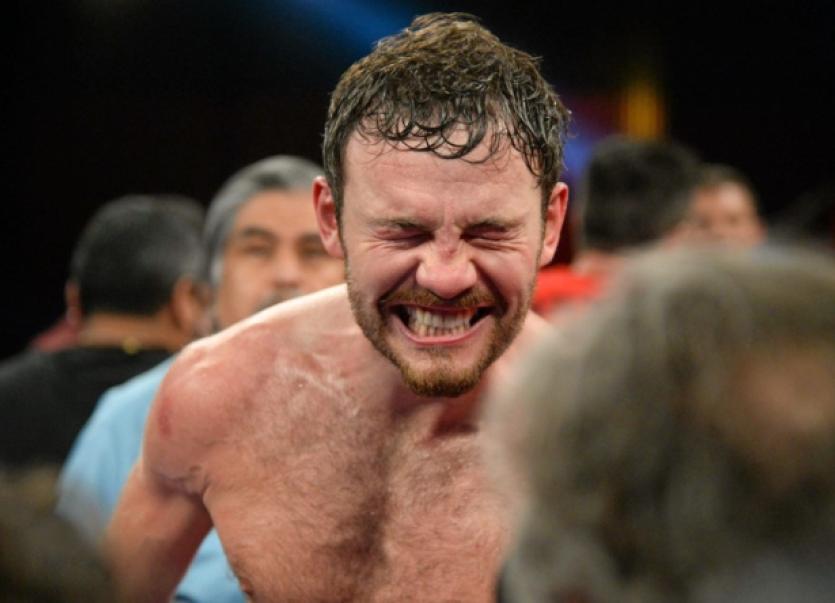 We’ve picked out some of the best tweets from around the world - and from Limerick - as the sporting community too k the chance to salute a worth world champion.

Lee’s trainer came out with a few gems on Twitter after the fight. This was one of our favourites

And just like that, Andy Lee stops Korobov in the 6th round with a huge right hand and follow-up onslaught!

The ESPN Commentator condense the fight down to one little sentence. nd he does it quite well too

Just watched the Andy Lee vs Korobov fight. Somewhere up in the sky, you know Emanuel Steward was smiling.

One Tweeter was quick to remember the late trainer, known affectionatley as Mann, after Lee landed the knockout blow

Definitely, performances like that are what boxing is all about, respect to Andy Lee World Champ!

And this Tweeter knows he has seen something special

One more watch of #AndyLee and that peach of a right hand to finish #KorobovLee and I’ll go to bed happy!!

Winning a world title is one thing but trending on Twitter is a real sign you’ve made the big time!

Andy Lee the first Irishman to win a world title bout in USA since Jim McLarnin in 1934. Take a bow.

He tweeted back in October it was gonna look good on him. I can say it looks mighty fine on him. #AndyLee #AndTheNew

Big congratulations to @AndyLeeBoxing! Had a feeling you were gonna do it. Enjoy the moment pal #AndTheNew

Thank you for all the support. It truly means a lot to me. Bring the belt back to Ireland!!1

I’m on top of the world!

And we’ll leave the last word to the man himself. Because there’s no way we’d have done it better ourselves. Two short tweets sum up a great day