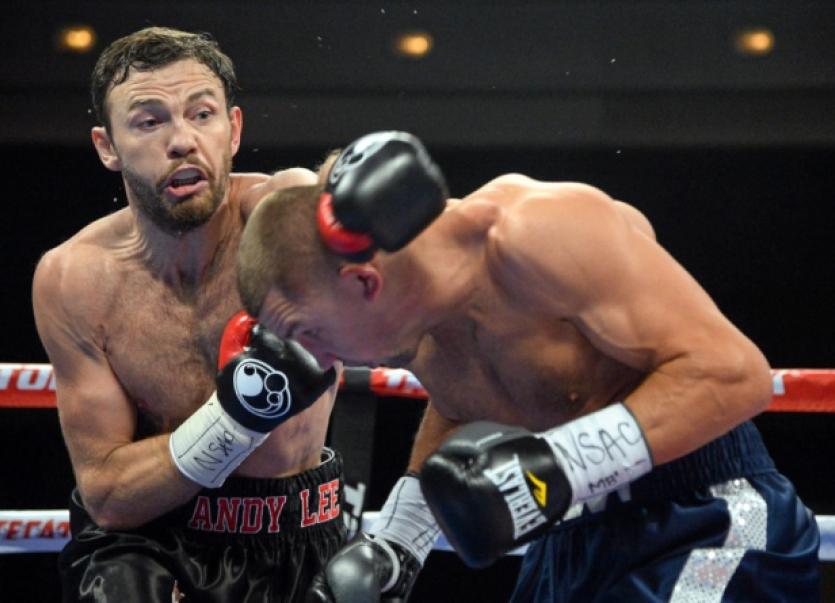 The 30 year old Limerick man returns to the city to a heroes welcome this Wednesday afternoon.

However, speaking this Monday night he reiterated his wish for his next fight to be in Limerick or perhaps Dublin.

“I think I have earned that and deserved that. Hopefully that will be next, maybe March, St. Patrick’s Day,” said Lee.

“Maybe Thomond Park or the 3 Arena in Dublin, somewhere in Ireland and that would be great,” said Lee of his mandatory title challenger Billy Joe Saunders.

A look at Munster rugby fixtures show that Thomond Park will be available around the March 17 date with the only tie scheduled for March a PRO12 encounter with Connacht on the final weekend of the month.

While Lee has spoken of his dream for a St Patrick’s Day bout, that falls on a Tuesday so any fight is more likely to take place either the weekend before or after.

“Winning a world title was on my check list and to bring it home to Shannon and step off the plane wasn’t far behind it. It’s great to finally do it after all these years,” said an elated Lee.

He added: “It was as much relief as joy at that stage.”