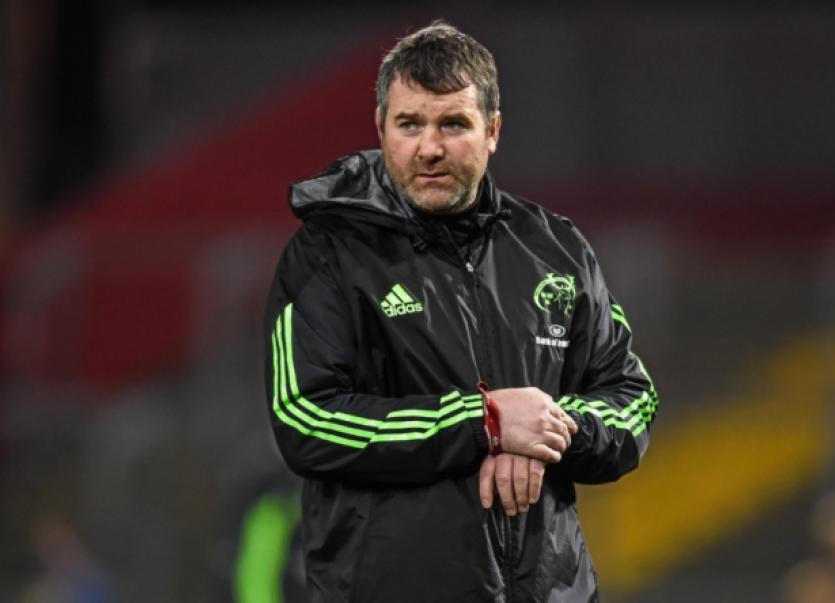 MUNSTER coach Anthony Foley insists their qualification hopes in the European Champions Cup remain very much alive after the province took a losing bonus point from their round four tie away to Clermont Auvergne.

MUNSTER coach Anthony Foley insists their qualification hopes in the European Champions Cup remain very much alive after the province took a losing bonus point from their round four tie away to Clermont Auvergne.

Munster face a trip to Allianz Park for a crucial clash with Saracens on the weekend of January 16-18, before completing their programme of pool games at home to Sale Sharks a week later. The dates and kick-off times for those final two rounds of games will be released by the competition organisers this week.

Anthony Foley said: “We are still alive. We are not dead until the 80th minute against Sale Sharks at Thomond Park at round six.

“We will fight to the end and see how many points we can accumulate between now and that moment.

“We don’t know how valuable the losing bonus point is until round six. We do take it for granted that Munster teams will fight to the bitter end anyway, but sometimes you have to give them credit when the backs are to the wall. They did fight, did get back within seven and did get something from the game.

“A point is not what we came here for. Unfortunately, a crucial score before half-time gave them breathing space in the second half. I think it would have been a different story if we had gone in at 6-8 at the break.”

Munster return to action in the Guinness PRO12 this Saturday when Foley’s charges travel to Scotstoun to face Glasgow. Kick-off is at 2.40pm and the game will be televised live by Sky Sports.

Munster sit on top of the Guinness PRO12 table, one point ahead of three sides, including Saturday’s opponents Glasgow. Munster then face Leinster at Thomond Park on St Stephen’s Day at 5pm.