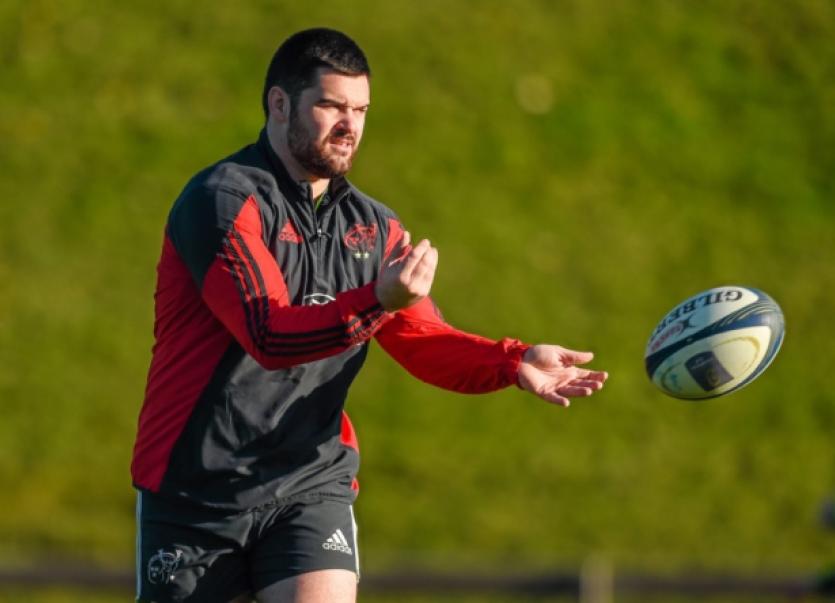 Foley makes eight personnel changes to the starting side that suffered defeat to Clermont on Sunday for the trip to Scotland to take on second-placed Glasgow.

In continuing to rotate the squad following the two European Champions Cup clashes with Clermont and ahead of crucial PRO12 inter-provicial clashes with both Leinster and Connacht over the Festive period, Munster make five changes to the pack. UL-Bohemian hooker Kevin O’Byrne and tighthead prop Stephen Archer join John Ryan in the front row.

Billy Holland is named alongside Paul O’Connell in the second row while Captain Peter O’Mahony is joined by Sean Dougall and Robin Copeland in the back row.

The changes to the backline see Denis Hurley and Pat Howard return as the centre partnership with JJ Hanrahan making the positional switch to out-half this week.

In the final change for the Round 10 clash, Johne Murphy starts at fullback and joins wingers Simon Zebo and Andrew Conway in the back three.

This game will be televised on Sky Sports 1 with coverage starting at 2:30pm.