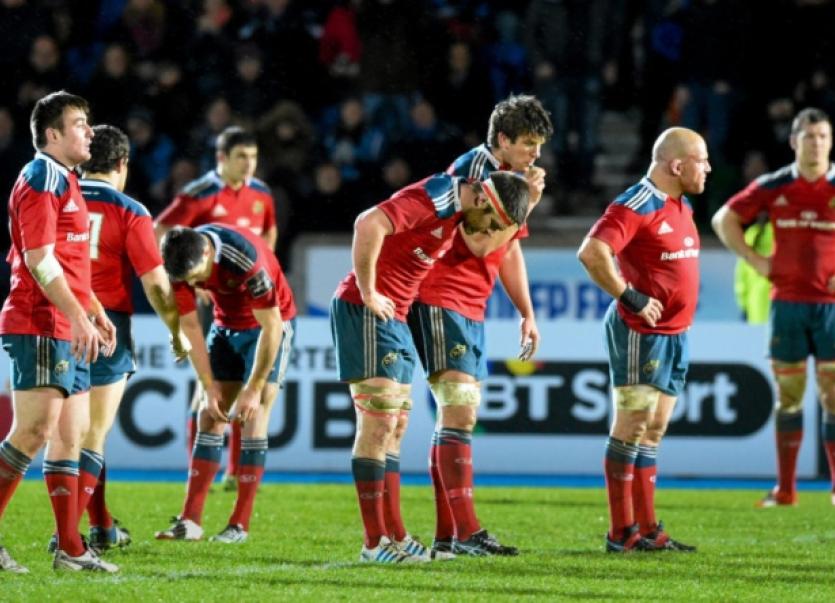 MUNSTER lost their grip on top spot in the Guinness PR012 after suffering a frustrating 21-18 defeat to Glasgow Warriors at Scotstoun.

MUNSTER lost their grip on top spot in the Guinness PR012 after suffering a frustrating 21-18 defeat to Glasgow Warriors at Scotstoun.

Munster took an 18-9 lead at the interval courtesy of tries from out-half JJ Hanrahan early on and back-row Robin Copeland on the stroke of half-time. Hanrahan also kicked two penalties and one conversion.

All of Glasgow’s points in the first half came from the boot of Finn Russell. However, after the break Leone Nakarawa and Jonny Gray crossed the whitewash to turn the match around in favour of the home side. Anthony Foley’s Munster side failed to register a single point in the second half.

The win takes the hosts two points clear of Munster to go top of the standings at least for a few hours ahead of the Ospreys late Saturday clash with Ulster.

Munster, who have lost their last three fixtures in all competitions, switch their focus to a PRO12 clash with arch rivals Leinster at Thomond Park on St Stephen’s Day, 5pm.