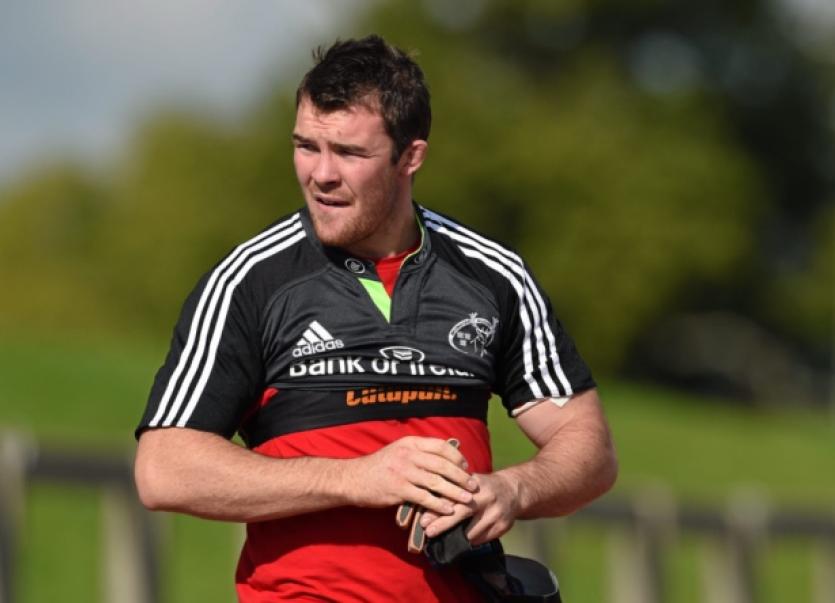 PETER O’Mahony will captain Munster in their round six Guinness PRO12 clash with Scarlets at Thomond Park this Friday night, 7.35pm.

PETER O’Mahony will captain Munster in their round six Guinness PRO12 clash with Scarlets at Thomond Park this Friday night, 7.35pm.

O’Mahony’s inclusion in the team from the start is one of eight changes head coach Anthony Foley has made from the side which defeated Leinster at the Aviva Stadium last weekend.

An all new Munster front row includes 23-year-old UL-Bohemian hooker, Kevin O’Byrne who makes his second start in the PRO12 this season. Dave Kilcoyne and BJ Botha will pack down on either side of O’Byrne in the front row.

Dave Foley retains his starting position in the second row alongside Billy Holland who comes in to make his fourth league start of the season.

Following a 16 minute appearance from the bench last weekend, Peter O’Mahony returns to the starting line-up and will captain the side at blindside flanker. Tommy O’Donnell remains at openside with CJ Stander switching to number eight for the Round 6 encounter.

In the half backs, man of the match against Leinster - Conor Murray will again start at scrum half with JJ Hanrahan promoted to the starting line up in the 10 channel.

Ivan Dineen and Andrew Smith form the centre partnership, while Gerhard van den Heever comes in to join Simon Zebo and Felix Jones in the back three.

The replacements see the inclusion of Argentinian hooker Eusebio Guinazu for the first time with Donncha O’Callaghan and Johne Murphy also returning to the matchday squad.