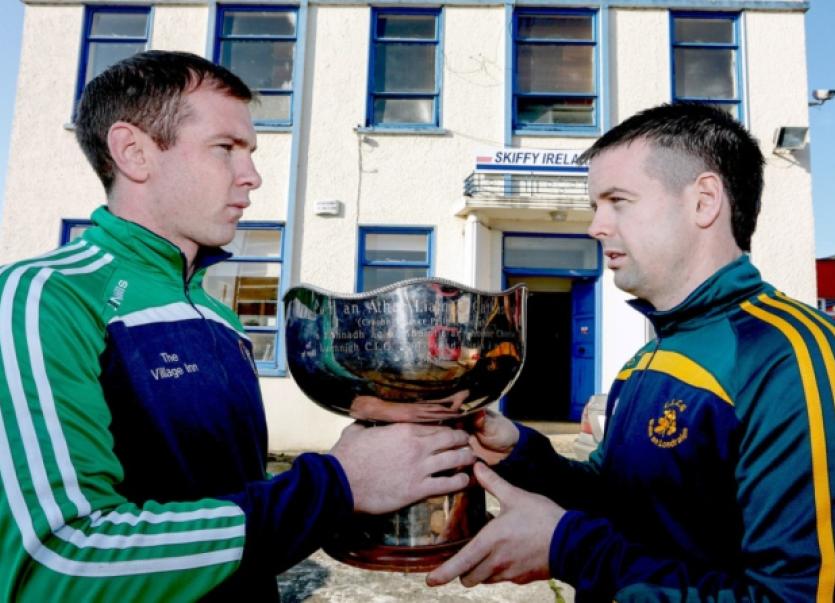 It is the sides second meeting of the year in the Irish Wire Products SFC – with Pat’s beating Bally by a point in round five.

That day in Caherconlish the city side won 1-10 to 1-9, but Ballylanders will be confidant of securing a fourth county title after beating Drom-Broadford twice in the campaign to date.

St Pat’s are looking for a sixth county crown - their last coming in 1954.

The second of the two Bally wins over Drom-Broadford came in the county semi-final a game where they led from the start and eventually won by four points in a 2-10 to 0-12.

Goals were also crucial in their quarter-final win over Newcastle West where the south Limerick men won 2-9 to 0-11.

However, St Patrick’s were the top goal scorers in the group stage with eight and continued their fine form in front of goal netting five times in the quarter-final win over St Kieran’s.

The city club then pulled off a big shock when they beat Abbeyfeale’s Fr Casey’s in the semi-final on a 1-9 to 0-9 scoreline.

Both sides came out of the same group on eight points. Bally lost the aforementioned game to Sunday’s opponents while the city side were beaten by Drom-Broadford convincingly by 10 points in the first game of the championship.

The Rhebogue club have responded well and are on track to win their first county title in 60 years.

Hard fought victories over championship contenders Monaleen and Ballylanders showed that this St Pats side are the real deal.

Ballylanders are looking to bridge a seven year gap that dates back to 2007 when they beat Drom-Broadford in the county final. They returned to the final the following year, but were well beaten.

Since then, the south Limerick men have been away from the main stage at county level.

Under the guidance of Ephie Fitzgerald, Ballylanders have a system that the players believe in and trust.

They play a modern style of football, getting bodies behind the ball and counter-attacking at pace.

For this tactic to work, shooting accuracy is paramount. The likes of Kieran O’Callaghan and Danny Frewen pose the greatest scoring threat as does Eoin Walsh.

County hurler Stephen Walsh also plays a key role at number six, holding the centre. Captain Jimmy Barry Murphy is another one who will look to lead by example as will his brother, Johnny.

On the St Patrick’s side, county men Gearoid Hegarty and Eoin Hanrahan are the key men for the city side.

Hanrahan, as well as centre back Pa Mullins, have represented the Irish junior soccer team in the past.

They play an attacking brand of football and will look to out-score Bally as oppose to shutting them out.

Wing back Keelan Stephenson has scored three goals in the last two games and will be looking to continue his good form.

The Phelan brothers, including captain Mark, are another key part to the Rhebogue side.

They are trained by Moss McCarthy of Drom-Broadford - who has experienced winning the county title with his native club.