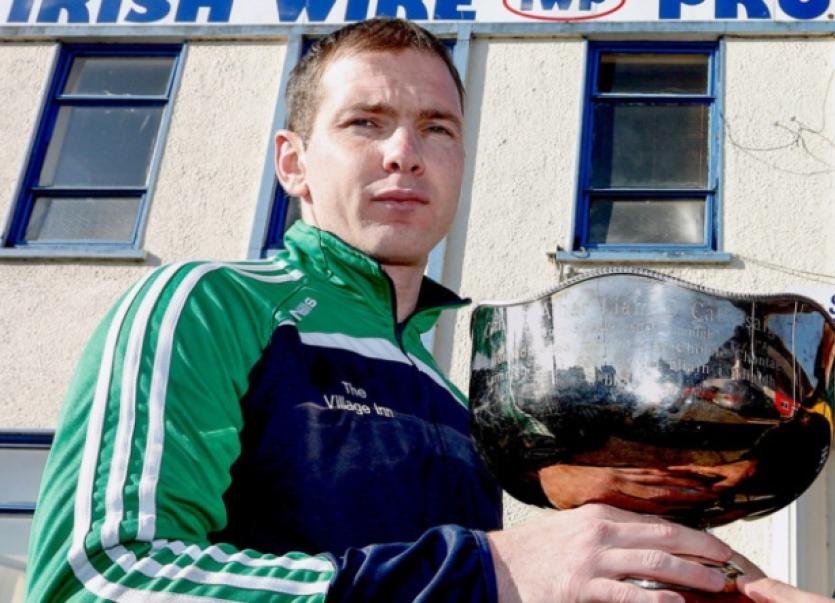 Pat’s are playing their first final since 1967 - where they were defeated by city rivals Claughaun.

“It’s a huge occasion for ourselves, we are really looking forward to it,” he said.

Pat’s have already gone one step further than last year when city rivals Monaleen beat them in the 2013 semi-final, a match Phelan looks back on with regret.

“We had a seven point lead at one stage,” he recalls adding that in the dressing room after that game the side vowed to return to the big stage.

St Patrick’s were edged out 0-15 to 0-14 that day but used that experience to motivate themselves in this year’s semi-final with Fr Casey’s.

“It was a very tight game, especially in the second half,” Phelan said of the Fr Casey’s victory.

However, as tiredness set in, Pat’s could play the attacking football that has been a feature of their season.

“When it opened up, we used our pace,” he revealed. “We were able to get the ball to our forwards like Gearoid Hegeatry and our other scoring forwards.”

The Rhebogue club are in the final after winning six games on the trot - after suffering defeat to Drom-Broadford in round one.

That defeat has led to some people writing off the city club who haven’t won the county championship since 1954.

“In most games we have been underdogs and this suited us,” admitted Phelan, who believes Ballylanders are the favourites to win their fourth title.

“But we are getting better and better,” added the skipper who was impressed with Ballylanders’ performances in their two wins over Drom-Broadford.

“They beat Drom twice and beat them comfortably the second day (in the county semi-final).”

Phelan was also adamant that the decision to play the game in Newcastle West will have no impact on the game. The decision, which was made before the semi-finals, caused a bit of a stir when neither west Limerick side progressed through the last four.

“No I wouldn’t see it as a disadvantage (to anyone). We have played there before, not too often in championship but in (the) league and in challenges aswell,” Phelan revealed.

Phelan added that his side are ready and just wants to get on with the game.

“We are well prepared,” he stated, adding that the few niggles players had before the quarter and semi finals had gone and that the Rhebogue club have a clean bill of health.

A close game is expected however, St Pat’s beat Bally earlier in the campaign - a result which will have no baring on Sunday, according to Phelan.

“You can’t read too much into that game,” he insisted. “Both sides were missing key players and were already through (to the knock-out rounds). It went down to the last kick of the game, too.”

Victory would secure a sixth senior title for the city club, their last coming in 1954 when they beat city club Treaty Sarsfield’s.