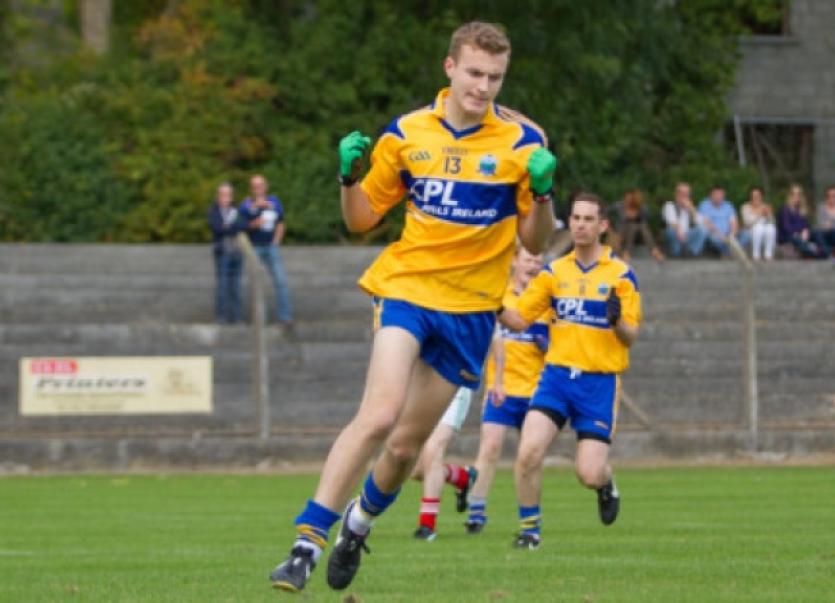 It’s over 40 years since these clubs last met in a football game of note.

That contest was the 1973 Limerick junior football final.

This Saturday promotion back to the top flight of Limerick club football is the prize.

The men from the estuary are bidding to return after just a two year absence from the senior ranks, while for the city club much of the past two decades have been outside of the top flight.

They arrive in Askeaton on Saturday on different journeys.

St Senans want to ensure their stay in the intermediate grade is short-lived - given that it is just 2006 since they contested a Limerick SFC final.

Meanwhile, Na Piarsaigh are hoping to continue their upward rise - they won the county junior championship in 2006.

While it’s 1975 since Na Piarsaigh’s only success in the county intermediate football championship, St Senans are bidding to win the title that they lifted in 2003.

“It’s huge to get back up senior - especially with the age profile of our team,” outlined Naughton this week.

“We have a lot of young players and then a lot of experienced players,” he outlined.

Naughton is joined in the backroom team by Seamus O’Donnell, Donie OSullivan and coach Joe Hanlon.

“We peaked a bit early last season,” recalled Naughton, who is in his second season at the helm of the men in blue and gold.

“It took us a while to get over the disappointment of dropping out of senior and maybe morale was low last year,” he recalled.

But St Senans have reached Saturday’s decider with a 100% record.

“We had to adjust after dropping down and it was time to try out the younger players and I think this season they have really responded - some of them have really come into their own.”

But he is also aware of the key role that experience will play in any final.

“We would have about eight or nine players from the panel that won the title in 2003,” he pointed out.

“We are playing with a confidence this season. When you look at the team, you can see who much the younger lads can learn from the experienced lads. The older lads learned so much from the years up senior and that’s where they want to get back to,” outlined Naughton.

What of their final opponents, Na Piarsaigh?

“We wouldn’t have any recent games with them - we certainly didn’t play them in the last two years. But we know to expect an extremely massive battle,” said Naughton.

“They have been there or there abouts in recent years and were in a final a few years ago,” said Naughton of Na Piarsaigh.

The city side, who were beaten in this final in 2009 by St Patricks, will be without Alan Dempsey.

The inter-county hurler is out at present with an achilles tendon injury.

Another doubt for the Caherdavin side is Ronan McKenna.

“I think if you look at our team in the semi-final, seven of the starting team were U-21 and only one of them will be over age next season. The younger players have really come into their own as the year progressed. We might have started out with some of the older players but when the youngsters got their chance they took it,” outlined Pat McHugh, who is in his second season of management after retiring from playing.

“We learned a lot from last year and I just think this year the players have shown so much character,” he said.

“The emphasise has really been on the players and they have responded and taken responsibility. I would never have got involved if I didn’t think they could win something,” said McHugh.

The west Limerick men will be favoured by many and McHugh is well aware of the task ahead.

“We know well that St Senans will be tough. But they like to play football and so do we so hopefully it should be a good final,” said the Na Piarsaigh mentor.

The city side will have experience in Brendan Donnelly, Cian Coady and Eoin Hogan, while among their young guns are county minor Kieran Daly and O’Donoghue.

The city side are of course chasing county championship honours on a number of fronts.

Alan Dempsey, William O’Donoghue, Mark Buckley and Kevin Downes are also members of the senior hurling set-up with O’Donoghue the most likely of the quartet to start the football decider.

For others their dual concerns rest with the junior or even the minor hurlers.

The winners on Saturday will secure promotion to the top flight and also represent Limerick in the Munster club championship.

The Limerick champions are due to be away to the Tipperary winners in the provincial quarter-final on the weekend of October 26.