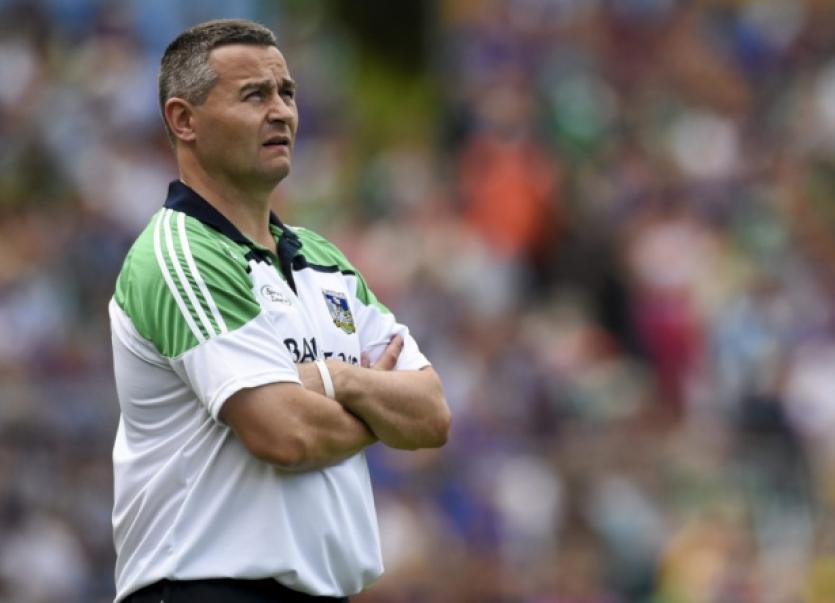 TJ Ryan had the look of a satisfied man outside the Limerick dressing room.

TJ Ryan had the look of a satisfied man outside the Limerick dressing room.

But for all the plaudits heaped his way after the 24-point win over Wexford, the Limerick manager wasn’t losing focus.

Immediately thoughts turns to Croke Park and the next opposition, Kilkenny.

“The goal is we are 70-minutes away from an All Ireland final - what an opportunity,” he said with an excited smile.

“Overall we have to be happy - we are in an All Ireland semi-final and two years in a row Limerick go to Croke Park and that’s what we want. We are in the last four and that’s what we wanted to achieve this weekend - from the lads point of view, it’s a place they wanted to get back to since August 18 last year,” outlined the Limerick manager in reference to last year’s semi-final loss to Clare.

“We are happy to be where we are - we have a semi-final to prepare for and we have a job to do now. We got to go and show up in Croke Park,” he stressed.

“We are facing the might of Kilkenny in Croke Park in two weeks time and its a great position to be in but at the same time it’s going to be very tough.”

The Limerick manager was proud of his players response to losing their Munster title two weeks ago.

“They (players) took a lot of positives from the Munster final because they knew there were small things they could put right and they wanted to be them right.”

“To get any goal is good but just before half time is an ideal tonic. From our point of view to be up 16-points at half time was a good position to be in. You want to make sure you keep it going but once Paul Browne got the goal I think it knocked the stuffing out of them and made life a bit easy for ourselves, for once.”

“I thought our match-ups went ok and we were on the button today. Our inside forward line worked so hard and blocked and chased everything and maybe we were critical of them in the past for not working hard enough but today I thought they were phenomenal. A lot of the guys played well - we got scores at the right time and probably killed the game off.”