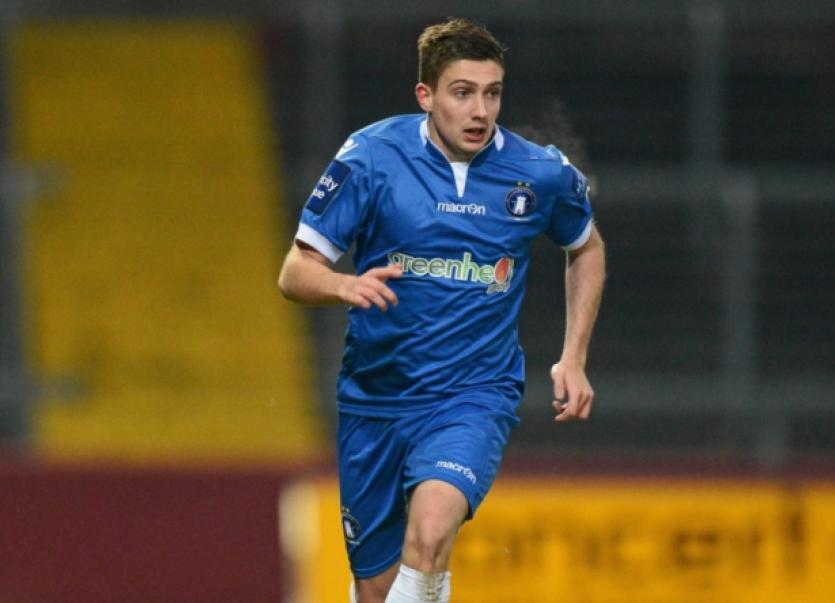 SEAN Maguire and Danny North struck late goals for Sligo Rovers as they defeated Limerick FC 2-0 in the Airtricity League Premier Division at The Showgrounds on Sunday evening.

SEAN Maguire and Danny North struck late goals for Sligo Rovers as they defeated Limerick FC 2-0 in the Airtricity League Premier Division at The Showgrounds on Sunday evening.

Limerick’s fourth defeat on the bounce in the SSE Airtricity League Premier Division leaves the Blues ninth in the table and just three points above the relegation play-off place.

New manager Martin Russell made two changes to the team that lined out in the defeat at Athlone Town a fortnight earlier as Michael Leahy and Tam McManus came in to replace Tony Whitehead and Jason Hughes.

The second half saw Sligo continue have the best of the chances, and Maguire twice almost broke the deadlock, before North’s goal on 72 minutes was ruled out for offside.

Shane Cusack then denied North and Danny Ledwith. However, the corner that came through the latter produced the opener as Evan McMillan headed Cawley’s corner back across goal and Maguire was there to head in.

Limerick could have grabbed a late equaliser but Prince Agyemang’s shot which took a wicked deflected was pushed wide by the alert Gary Rogers. And then Sligo grabbed a late breakaway second as Maguire fed North who bore down on goal and slotted in.

The weekend results see Limerick remain fourth from bottom. UCD, Bray Wanderers and Athlone Town were all beaten over the weekend too so Limerick stay three clear of UCD and Bray who are tied on points in the relegation play off place while Athlone are nine points behind Limerick in the automatic relegation spot.

In another blow, Limerick FC also confirmed the departure of defender Shaun Kelly, who has left for family reasons following a three-year stay at the club. The Donegal man, who recently became a father with the birth of a baby boy, has signed for Derry City.

Limerick are at home to Shamrock Rovers this Friday, at 7.45pm, while six days later, Thursday, August 7, they welcome fellow strugglers Bray to Thomond Park.