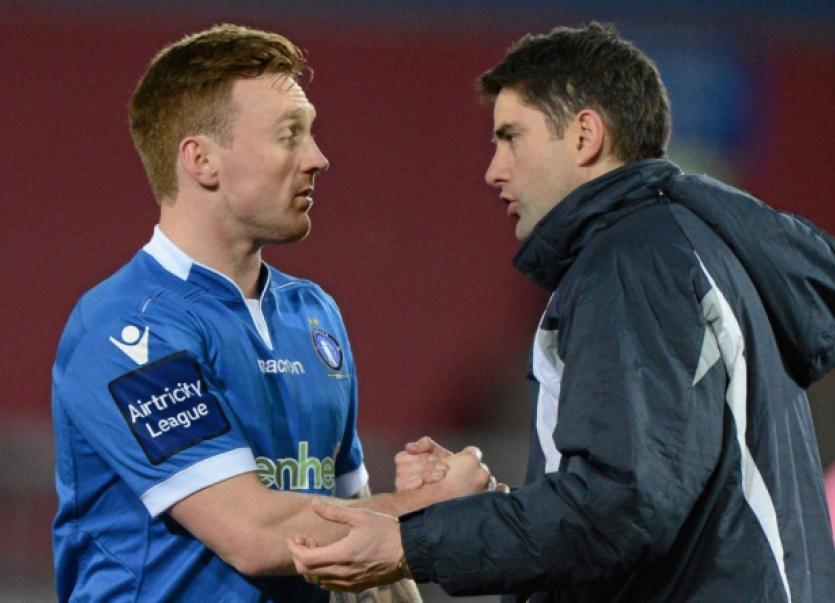 FORMER Limerick FC striker, Craig Curran has called on the club to provide manager Stuart Taylor with the resources necessary to strengthen his squad in the upcoming transfer window.

FORMER Limerick FC striker, Craig Curran has called on the club to provide manager Stuart Taylor with the resources necessary to strengthen his squad in the upcoming transfer window.

Curran, whose contract with the Blues was terminated by mutual consent last week, insists the only reason Limerick are sitting in a lowly second-from-bottom position in the SSE Airtricity League Premier Division table at present is because of the limited size of the playing squad.

Curran declined to answer questions on why he had parted company with the Blues suddenly in mid-season. Craig Curran said: “The only thing I can say is to thank the manager, his staff, the lads and the fans. That is all I can do. I enjoyed my time there and was sad to leave. But these things happen in football. I have to move on quick.

“I wanted to stress how good of a manager Stuart (Taylor) actually is and how well I get on with him. That goes for the staff as well. They are different class. The fans were very good to me. They got fully behind the team when I was there.

“I am as disappointed as the fans that I cannot help them out the team because I think at the moment the gaffer is three or four players short from really kicking up the League.

“The squad is so thin at the moment. That is the only reason they are not getting results. You have a look at the team, you put myself back in there along with maybe one or two others and you are looking at a really, really good team. You look at what Stuart achieved last season after everyone expected us to go straight down. It is just as disappointing to me (with what has happened) to be honest, but these things happen in football. I have to get on with it.

“There are some really exciting young players coming up in the club who are fantastic players and with the likes of Hughes, Williams, Kelly, Tracy and Ryan around them, they will develop into top class players.

“I think Limerick have the best back five in the League. They need a bit of help in front of them. The team needs players in to push on. I went to the Dundalk match on Friday night before I left and felt the team was fantastic in the first half. You add a few into that and you go on and win the game and then it can be one of the best teams in the League.

“With a bit of help, Stuart can make them into a top, top team.

“If they keep playing like they did in the first half on Friday, the results are going to come. If the club wants to push into the European spots, Stuart needs help with that.”

Curran is weighing up his options on where to continue his playing career in Ireland or the UK.

“I loved the League of Ireland. I have no intentions of leaving it, but I don’t know what my future holds. Ideally, I would love to come back. There are a lot of good teams and players over there. I am just waiting to see if any offers pop up.

“I would love to stay over there if something is available for me. I would hoping that I would be able to play back in Ireland later this season. But I will just have to wait and see what comes my way.”

Curran revealed he has also had a few offers from English-based clubs who are recruiting for next season.