Struggling Blues lose out to Cork 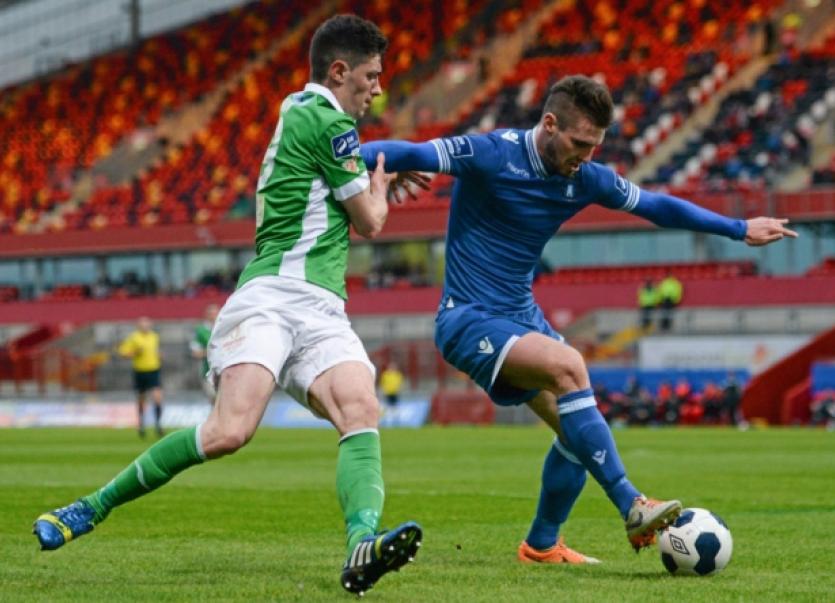 Two goals in a crucial three-minute spell in the opening half helped City secure the three precious League points on offer before an official attendance of just 836.

Despite trailing 2-0 at the break, Limerick made a real fight of it in the second half, but a smashing headed goal from Rory Gaffney on 51 minutes was the Blues only reward for their plucky efforts.

It was unfortunate for Limerick FC that the torrential rain, accompanied by thunder and lightning, didn’t relent in time to encourage a greater number of spectators to turn out to watch.

Limerick, who taken just two points from a possible 15 in their five previous outings, conceded two goals inside the opening 16 minutes. Garry Buckley slid home the first on 13 minutes, while Billy Dennehy doubled City’s lead three minutes later. However, the Blues gave themselves a lifeline six minutes after the re-start when Rory Gaffney headed home from Shane Tracy’s pinpoint cross.

Limerick dominated possession for long stages of the second half and came within a whisker of drawing level after 79 minutes when Cork ‘keeper Mark McNulty clawed Tam McManus’ free-kick onto an upright and out for a corner. Limerick face champions St Patrick’s Athletic at Thomond Park, on Friday at 7.45pm