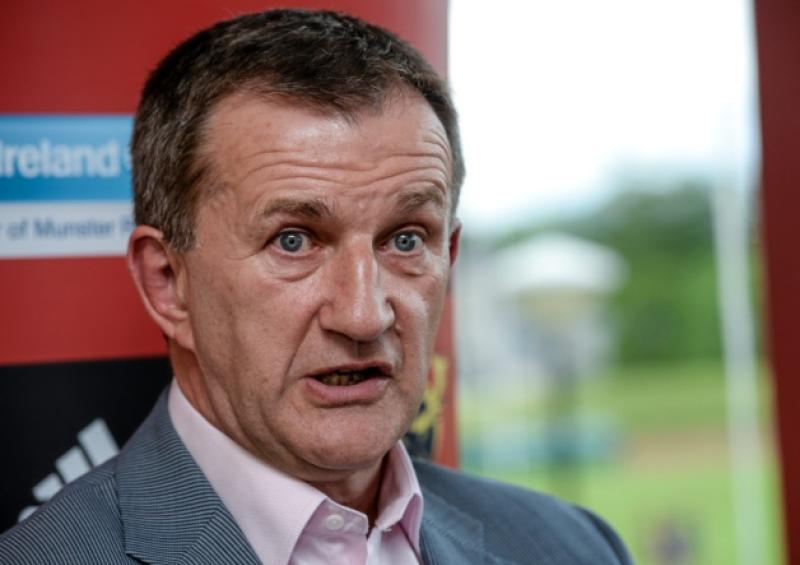 MUNSTER’S new training base facility at the University of Limerick is now due to be open in January 2016, some six months later than originally planned.

MUNSTER’S new training base facility at the University of Limerick is now due to be open in January 2016, some six months later than originally planned.

Munster CEO, Garrett Fitzgerald said a decision to revisit the actual floor space planned for the new base had caused a delay in the project.

Munster decision to opt for a single training base at UL will allow the squad train for up to four additional hours each week, an opportunity which is currently being compromised by the province’s twin-base training system of Limerick and Cork. UL beat off stiff competition from both LIT and CIT in the battle to host the base.

Speaking at a press briefing at UL this week, Munster CEO, Garrett Fitzgerald said: “We revisited the actual floor space of the facility. Having reviewed it and looked at other training facilities we decided we needed to redesign it a little, so that delayed the approach to it. It is due to be submitted for planning this month with a view to it being ready, probably, in January ‘16 or around the middle of the 2015-2016 season.”

Meanwhile, Fitzgerald said he believed there is currently a greater understanding in Ireland about the issue of selling naming rights for sports venues than was the case when the idea was first mooted for Thomond Park some years ago.

The Munster Rugby CEO dismissed the notion that there had been an ‘outcry’ from the public when the idea of selling the naming rights of the iconic Limerick rugby venue was initially raised a couple of years ago.

Garrett Fitzgerald said: “We will revisit the naming rights issue for Thomond Park at some stage. We are open to that, but we are just looking at it. It has been confirmed that there will be naming rights on Musgrave Park once it is developed. It is hoped work there should begin at the start of June with a hoped for completion date of next December.

“I think there is a greater understanding in the whole Irish market about naming rights and the whole business model around sport, about the challenges that people face. I think if it happened people may have comments to pass on it and things like that, but I think that is something we will look at and cross that bridge when there is something definite to discuss.

“I don’t really think there was an outcry at any stage (previously). There was a small few people jumping up and down and writing letters and making comments. However, if we describe that as an outcry, I would hate to see if a lot of people or how you would describe the situation when Connacht people marched to Dublin (fears over future of the province). I think some people used it for a little bit of political gain. People are aware of that.”