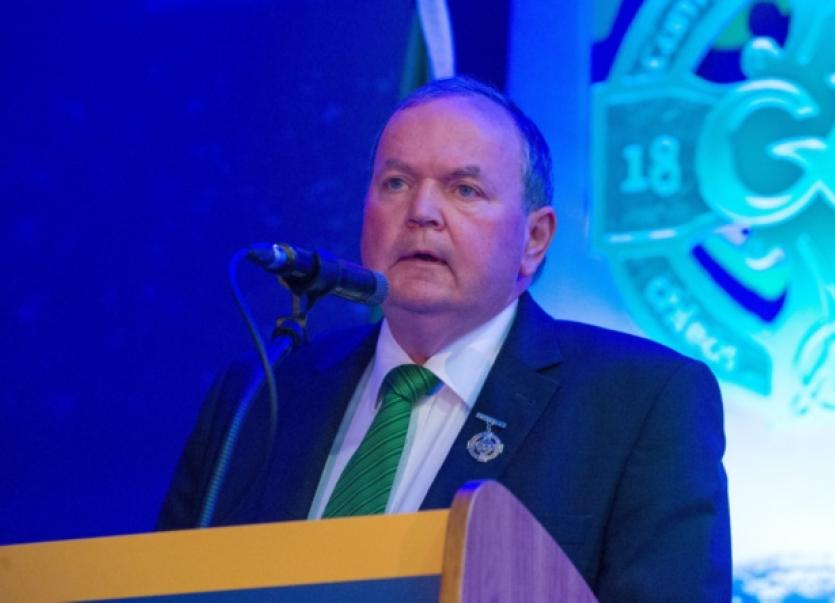 GAA President Liam O’Neill has apologised to the Limerick minor hurlers for the Hawk-Eye malfunction which derailed their All-Ireland ambitions last August in Croke Park.

GAA President Liam O’Neill has apologised to the Limerick minor hurlers for the Hawk-Eye malfunction which derailed their All-Ireland ambitions last August in Croke Park.

“I want to mention the All-Ireland semi-final - I do want to acknowledge here tonight that Barry Nash got a point that day that should have been awarded to him,” said O’Neill when addressing over 350 invited guests in the Greenhills Hotel on Sunday night at the Limerick GAA medal presentation for 2013.

“I do regret it and we do apologise for it and we are deeply sorry for it. It’s not easy to have to say it but that’s the way it is,” said O’Neill, whose apology was greeted with applause.

“I do want to acknowledge that Brian Ryan (Limerick minor manager) could have made things awkward for me here tonight - in fact most speakers could have mentioned it and that’s why I wanted to mention it now and say that it was awful that is happened and it would be our wish that that sort of things would never ever happen again and we hope it won’t.”

Just last December, in his address to Limerick’s Annual Convention, Mann had expressed his disappointment that he had “neither seen or heard an apology to the players”.

Speaking after Sunday night’s apology from Liam O’Neill, Oliver Mann said: “I would like to acknowledge the comments of Uachtrain Cumann Luthchleas Gael Liam O’Neill surrounding the Barry Nash-Hawk Eye point in Croke Park and I really appreciate Liam coming here tonight and saying what he did.”

The chairman added: “as far as Limerick County Board is concerned that particular episode is now well and truly finished and I would like to thank Liam O’Neill for putting his end to that tonight”.

The objection was against the result of the All-Ireland minor hurling championship semi-final against Galway after it was shown that a Hawk-Eye malfunction denied Limerick a perfect point in the opening minute of the game, which finished 0-16 each and Galway eventually won after extra time.