How the Limerick hurlers rated against Wexford 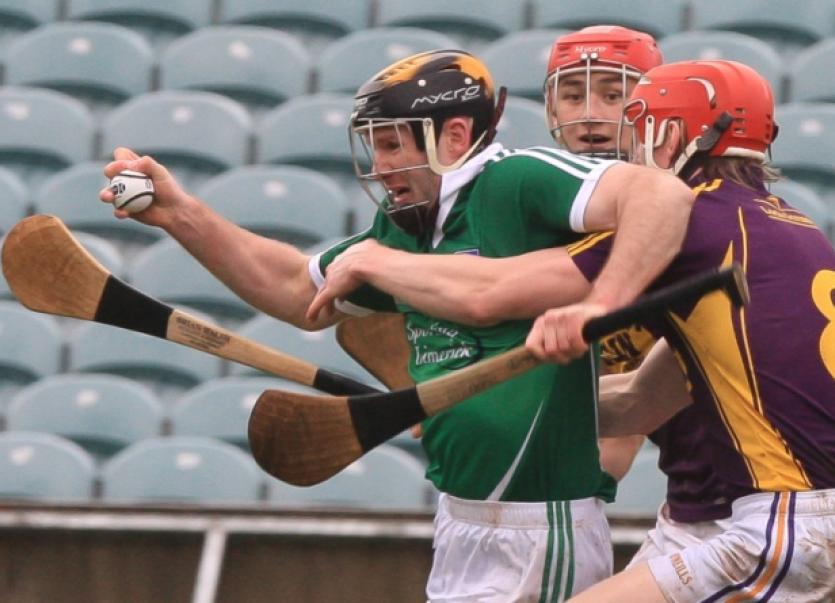 LIMERICK continued on their National Hurling League promotion push with a 1-14 to 2-8 win over Wexford in the Gaelic Grounds on Sunday.

LIMERICK continued on their National Hurling League promotion push with a 1-14 to 2-8 win over Wexford in the Gaelic Grounds on Sunday.

Jerome O’Connell casts an eye over the performances of the Limerick players as they continued on their unbeaten run.

Beaten twice but through no major fault of his. Crucially he stood firm in front of a line of defenders when opposite goalkeeper Mark Fanning came forward for a 66th minute 21-metre free.

The All Star full back returned to the line-up after missing the Antrim win through injury. Interestingly McCarthy started at corner back and picked up Jack Guiney for much of the contest and held him scoreless.

Started at full back again and just like the Antrim tie looked comfortable at the edge of the square, sweeping across the field to gain possession on numerous occasions.

Looked a little jittery at times but after two league starts is now in a position to challenge the usual full back line trio or at least put himself next in line for a starting jersey.

One memorable catch in the first half in another work-man-like performance at wing back. Has an excellent delivery into the attack and this can be lost with the tactic of moving the ball short, which was obvious at times.

Given the weather and slippery underfoot conditions it wasn’t a day for anything fancy and the centre back certainly stood his ground, although Wexford were allowed too much space at times.

Dug out possession when Limerick were on the backfoot and quietly went about his business and was one of those to raise the intensity when Wexford drew level.

Not the most prominent of displays from the Limerick captain, who suffered hard knocks in both previous games. In a crowded middle was in defensive mode for much of the game.

Limerick’s most consistent player in the league to-date. In the closing stage of the first half he provided the most resistance when Wexford were winning primary possession. Could have had a goal but fortune didn’t favour him.

Did his primary duty once again with aplomb. In tricky conditions, he finished with 0-10 in a display where he hit nine points from placed balls and had just one wide.

Was asked to drop deep into midfield to offer cover to the half back line. He worked tirelessly but the tactic did leave the Wexford centre back free at times.

The young Dromin-Athlacca man was making his first ever league start. Didn’t get on the ball as often as he would have liked. Replaced for final 12-minutes by Shane Dowling.

Limerick over played a lot of possession out the field which meant a delayed supply-line but the corner forward wasn’t the danger all would hope he can be.

Started at full forward and looked very sharp especially in the first half when he notched 1-2 from play. Again would benefit from fast ball into the attack.

Started at corner forward and created the Mulcahy goal. Didn’t see possession for long periods but his final quarter switch to wing forward saw him fouled for two frees and he also fired over the only point from play in the second period.

Among the Na Piarsaigh players to make a surprise return to the panel. The only Limerick sub. He played the final 12-minutes and stood menacingly over a 21-metre free but opted to take the point.