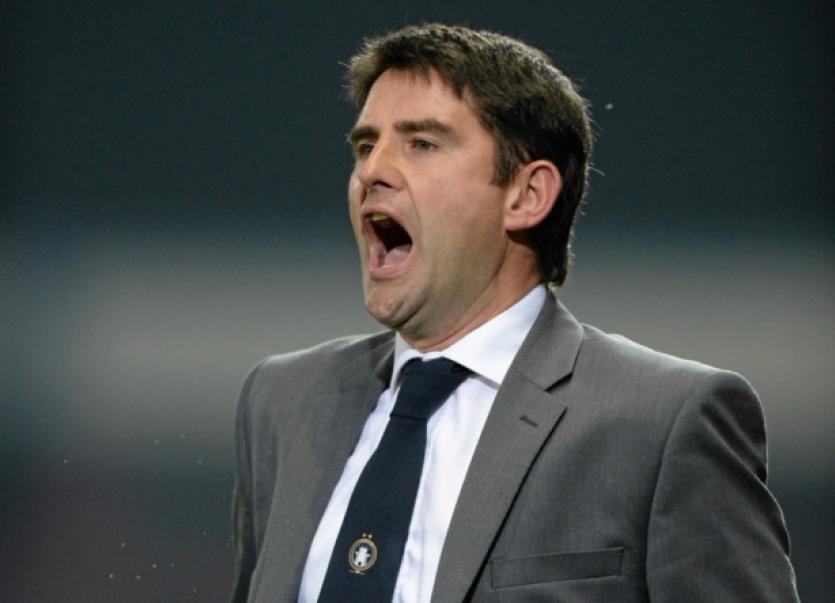 LIMERICK FC crashed out of the EA Sports Cup after suffering a 4-0 defeat to Cork City at Turner’s Cross last night.

LIMERICK FC crashed out of the EA Sports Cup after suffering a 4-0 defeat to Cork City at Turner’s Cross last night.

First-half substitute Rob Lehane scored twice as City progressed to the last 16 of the Cup with a convincing win.

Cork City, who had former Limerick FC player Dave O’Leary in their starting line-up, led 1-0 at half-time through Lehane’s opening goal on 38 minutes.

Early in the second half, the home side made it 2-0 after Billy Dennehy fired home from the penalty spot.

Limerick fought hard to get back in the game with Shane Duggan firing over midway through the second half, before substitute Garbhán Coughlan almost connected with a Rory Gaffney cross but Mark McNulty punched clear.

On 71 minutes, Stuart Taylor’s side came agonisingly close to pulling a goal back. From a Shane Tracy free-kick, the ball fell for substitute Tony Whitehead in the box but his strike came back off the underside of the crossbar. Stephen Folan’s rebound hit the top of it and went over.

Cork quickly made it 4-0 with goals from Lehane, his second of the game, and Mark O’Sullivan on 84 minutes.