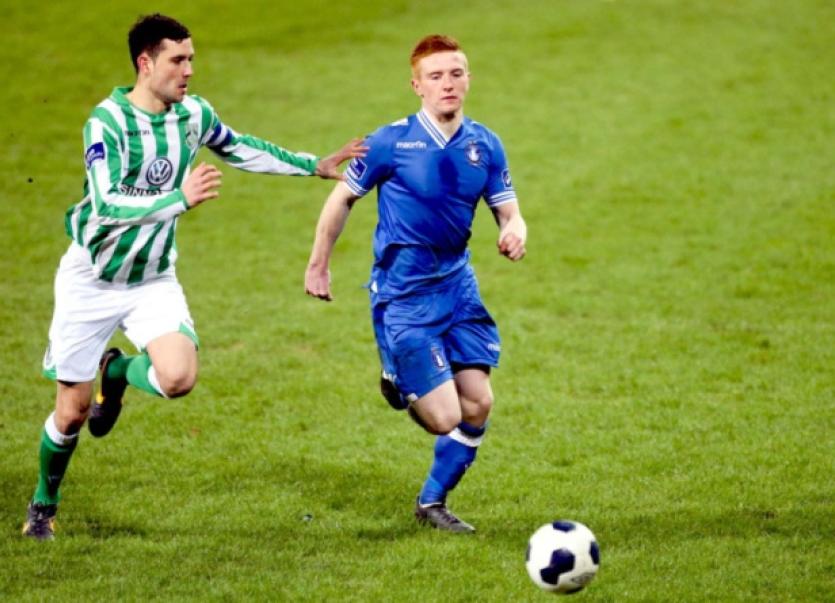 Thirty three-year-old McManus, who has most recently played with Rochester Rhinos in the North American USL Pro league, is currently on trial with the Blues. McManus started his career with Hibernian, where he made over 100 league appearances, and has also played with Derry City.

Limerick FC manager, Stuart Taylor said: “Tam is in training just now. He knows the League having played with Derry. He is an experienced player. He has got goals in him. We will see how we goes.

“We have Craig Curran out. Rory Gaffney is available, so we have only one experience striker at the club. We are looking to bring someone in.

Limerick have failed to score in either of their opening two fixtures of the season, following their 0-0 SSE Airtrcity League Premier Division draw with Bray Wanderers with a 4-0 thumping at the hands of Cork City in the EA Sports Cup at Turners Cross on Monday night.

Taylor said: We are hurting from Monday night (v Cork City in EA Sports Cup). We are looking at our reaction. We have Shane Duggan who will be out suspended for the trip to Dundalk. We have Robbie Williams injured. It is a good time for the young boys to come in and get some experience and make a mark in the game.

“We have belief in the players coming through in the club. In terms of going up to Dundalk, we had good results against them last season, good performances. We have to carry that on into this year. It is going to be a very difficult place to go when you have your strongest XI. But we are not going to make any excuses. We will take every game as it comes.”