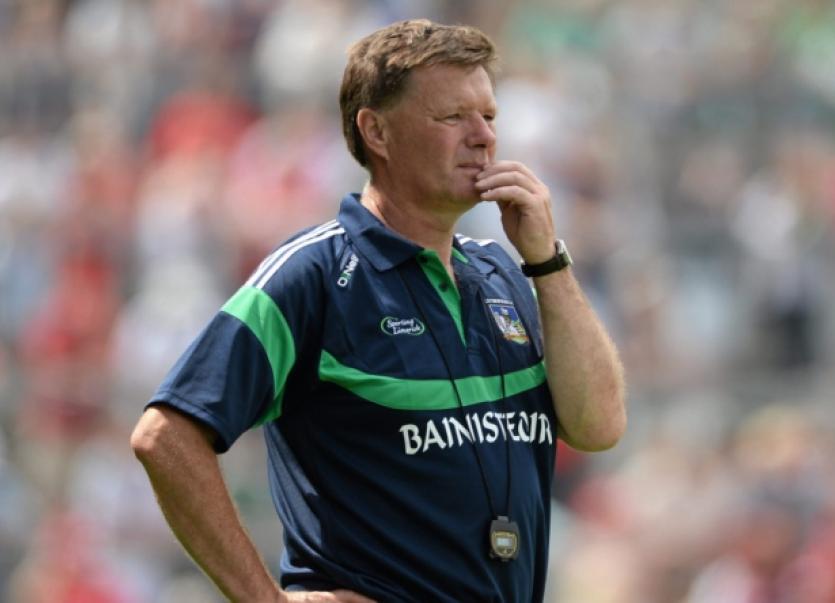 LIMERICK’S Munster championship winning minor hurling manager has called for changes that would assist with the preparation of the inter-county U-18 teams.

LIMERICK’S Munster championship winning minor hurling manager has called for changes that would assist with the preparation of the inter-county U-18 teams.

Brian Ryan made the comments when addressing last Sunday night’s medal presentation to the successful team.

Ryan called for a restructure of the colleges hurling calendar and for a recent change to the age limits to be revisited.

“Colleges hurling takes up a huge part of the GAA calendar at the moment and it clashes quite a lot with the preparation of the county minor teams - its a very hard balance to get right,” said Ryan in the Greenhills Hotel.

“We are very fortunate this year in Limerick that we have two teams still left in the All-Ireland senior colleges and that is tremendous and great - we could have a Doon-Ardscoil All-Ireland colleges final on April 5 at 3.00 in Thurles and four days later we go out and defend our Munster title.”

He added: “that places huge pressure”.

“There possibly is a need to look at the sequence of games in colleges hurling.”

Ryan also hit out at plans to deny U-16 players the chance to play inter-county minor hurling championship.

“There was a rule change recently regarding U-16 hurlers playing minor. I know it’s a democratic decision of the GAA but it’s probably something I wouldn’t agree with myself,” said the successful minor manager to the gathering of over 350 guests.

“We have a number of young lads on the U-16s playing minor this year and it has always been a great conveyor belt for young fellas to come on at a young age,” he outlined.

“At the very least could we have a derogation for this year and it would be very much appreciate.”

Brian Ryan used to address to heap praise on all that helped Limerick return a first Munster MHC title since 1984 and a first minor-senior double since 1940.

“Minor is a very difficult age group because you have colleges hurling, club minor hurling, U-21 hurling, football and senior, the young lads are doing their Leaving Cert and are being dragged and pulled all over the place - you need a huge amount of co-operation from all involved in the association for the best preparation of the team,” he said as he acknowledged the support he and the team received.

“Overall it was a super year - the Munster final we came back from seven points down and went on 10-days later and won a tremendous game of hurling on a Tuesday evening. Unfortunately in Croke Park things didn’t work out for us but hopefully we will gain from the experience and go out and try and defence our title and move on,” said Ryan.

“What is important here tonight is to acknowledge the academy structure we now have in Limerick. The minor success bore fruit last year after a number of years of work - we are now reaping the benefits of it and will hopefully go on to reap the benefits of it as time goes on,”

He continued: “Part of our remit is that we are a conveyor belt to introduce young good professional hurlers, who can move quickly onto the senior ranks at 19 year of age - we have a system now where that can happen,” said Ryan, who is also a former Limerick senior selector.