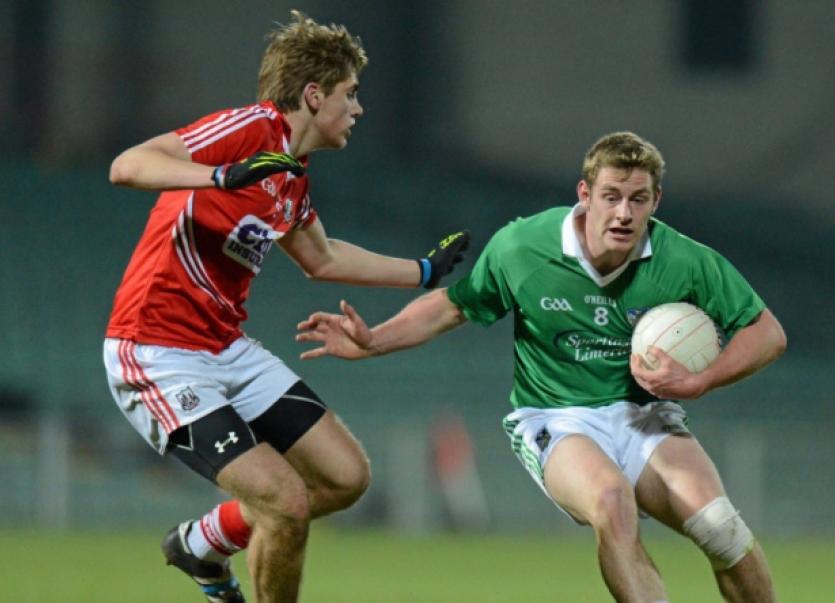 THE Limerick U-21 footballers will the first inter-county side into championship action next Wednesday night, March 19.

THE Limerick U-21 footballers will the first inter-county side into championship action next Wednesday night, March 19.

Diarmuid Sheedy’s Limerick side will have to travel to Cork to play the defending champions in the provincial semi-final. This Wednesday night, Cork beat Kerry in the quarter-final.

This season’s Limerick U-21 side is drawn from players who have failed to win a game in the Munster minor championship over the last three years - losing to all five Munster county’s along the way.

U-21 manager Diarmuid Sheehy has cast his net wide since last December and used challenge games against Galway, Wexford, Laois, Clare, Cork IT and Mary Immaculate to prepare for next Wednesday and the straight knock-out championship.