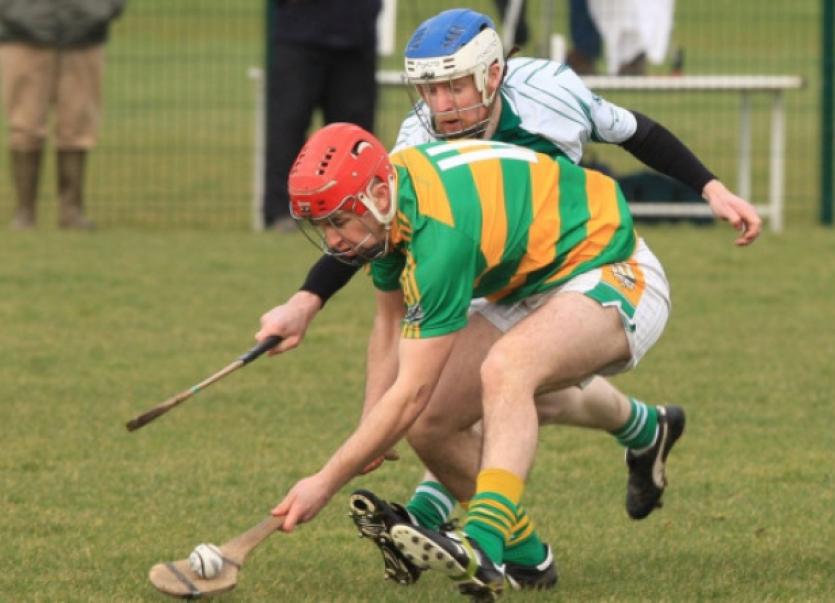 TEMPLEGLANTINE bid to become Limerick’s first ever winners of the All-Ireland junior B hurling title this Sunday.

TEMPLEGLANTINE bid to become Limerick’s first ever winners of the All-Ireland junior B hurling title this Sunday.

The west Limerick side play Tipperary’s Holycross-Ballycahill in the final of the Killeedy run tournament.

The final takes place in Raheenagh at 2.00 with Templeglantine bidding to go one better than Bruree and Rathkeale’s St Marys Sean Finns, who previously lost All-Ireland finals during the nine years of the tournament.

Templeglantine are managed by Maurice Sheehan with selectors; Gerry Conroy, Pat Murphy and Dan Sexton. In recent months Ger O’Connor has come on board to assist with the team’s physical preparations.

Templeglantine are captained from centre back by Ger McCarthy.

“These are the days you dream of,” the centre back told LeaderSport.

“2013-2014 has been great and it will always be the year we will look back at after winning four cups but I suppose that will only be if we win on Sunday because when you get to a final, you want to win it,” explained McCarthy.

The 34-year old is a veteran of close to 17 years hurling with the club.

“We have been between junior A and B but I do think we are now in the best position to go back up Junior A because we have 6/7 minors in the panel and maybe 3/4 will start on Sunday,” he explained.

From the outset of 2013, ‘Glantine would have been favoured to win the Limerick JBHC title.

“It’s our only team so we have to have expectations and it was to win the county. After that just decided to give the Munster championship a rattle,” explained McCarthy.

The men in green and gold beat O’Donovan Rossa of Cork and Holycross-Ballycahill of Tipperary to win provincial honours.

“We have had good and bad days in the club but this is great. We know that we have beaten them before so know that we can do it. It’s all about Sunday now. We want to enjoy the build-up because All-Ireland final days don’t come around too often but we also want to remain focused. We are a small club but right now hurling is all people want to talk about.”