Foley keen to make most of time with Munster 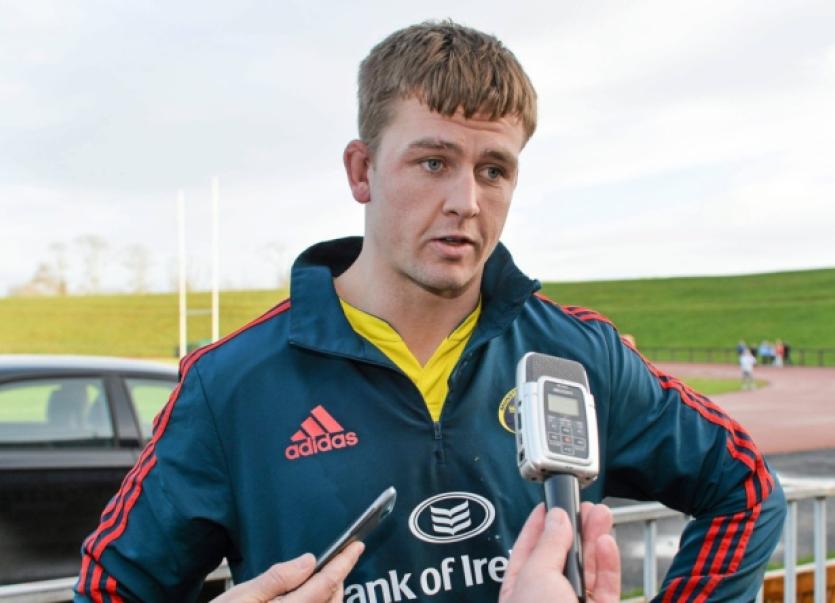 munster second row, Dave Foley is hoping the increase in game time he has enjoyed in recent times will prove a turning point in his career.

munster second row, Dave Foley is hoping the increase in game time he has enjoyed in recent times will prove a turning point in his career.

Foley has made five starts for Munster in the RaboDirect PRO12 this season and turned in an eye-catching display against Connacht at Thomond Park on Friday night.

The 25-year-old admitted he contemplated moving away from Munster in recent seasons in a bid to get more game time.

However, UL-Bohemian clubman Foley resisted the temptation to move and is currently in the first year of a two-year contract extension with Munster.

Foley said: “The thing for me was whether I went away (from Munster) and came back. That was the question.

“The great thing is you learn from three or four great guys, Paul (O’Connell), the two Donners (O’Callaghan and Ryan), they’re all world-class and I’ve got a huge amount of experience from looking at those at training and getting to play alongside them.

“You’ve got to stay in there and do your best and I don’t think I’m playing too badly.

“It’s up to you to ask questions but at the end of the day, we’re all in the same team and looking for Munster to win and that’s the most important thing.

“We’re not against ourselves, we’re against the opposition. I’ve learned great things from them. Who’s to say I wouldn’t be a better player if I had left, nobody knows.

“I’m 25 now, and I think I’m starting to get more game time and hopefully starting to push through. I have another year on my contract. There are pros and cons to both. I have weighed it up and decided to stay and learn from the lads. There are another two second-rows, Billy (Holland) and Nages (Ian Nagle) in the same both as myself but hopefully we’re all now getting into the top circle.

“It’s great for competition. In the last few years the depth is phenomenal, never mind the second-row, look at the back-row and there’s more coming in. You can see why it was narky because ultimately players are playing for contracts and for their places.

“I’m from Clonmel and so a very proud Tipperaryman. Hurling and football would probably be more in our blood and my dad Mark was a rower but my two uncles played rugby and that’s where I got it. My brother went to Rockwell and I went to CBS in Clonmel. My dad rowed for Clonmel and for Ireland in the Home Internationals.

Foley said: “Yeah, I was happy enough, I would have liked to get my hands on the ball a little more but defensively I was happy and I think it was a good team effort.

“We were disappointed at letting in the try at the last minute but overall we are happy and ready now to face Ulster this week.”

Commenting on the fact that three players were yellow-carded during the game, Foley said: “Any kind of an interpro is going to be a bit narky. You wouldn’t expect anything else from Connacht and Munster. It was a wet night, it ultimately comes down to the pack.

“The backs can stand out there with their hands in their pockets but the forwards have to get stuck in and it’s a good night to test yourself and it’s good to be in Thomond Park on a wet night and get the result.”

Foley is now hoping to be involved in Munster’s PRO12 clash with Ulster at Ravenhill on Friday night.

Foley said: “I’ve played under age up in Ravenhill and been 24th man twice up so have a fair idea what to expect. You never know what’s going to happen with team selection. We’ve used 40 players in the last three games and of course teams are going to try to catch us because we’re at the top.”