Kelly wants to remain in the blue of Limerick FC 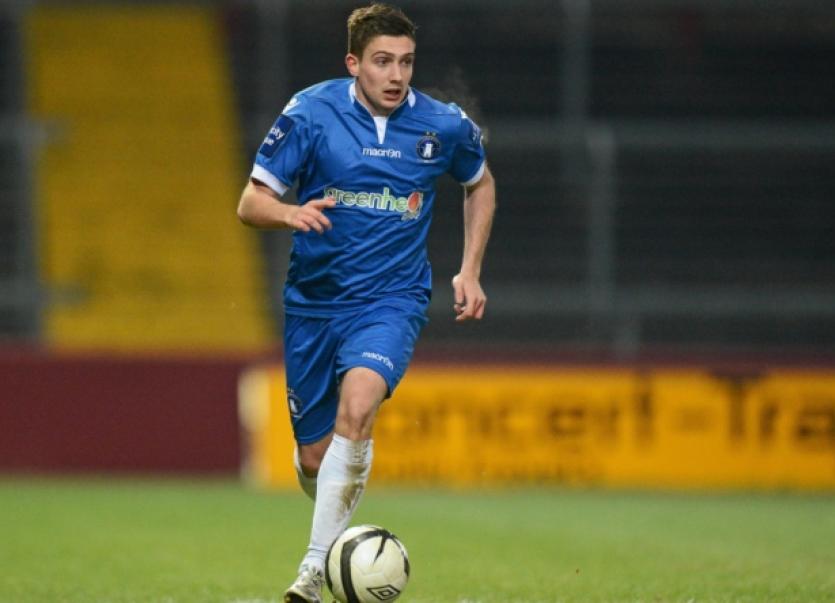 LIMERICK FC are the “best up and coming club in the league”.

LIMERICK FC are the “best up and coming club in the league”.

That’s the boast of Limerick defender Shaun Kelly ahead of the final game of the season this Friday away to Derry City.

The right-back joined the Superblues midway through 2011 and was a key figure in their First Division title-winning campaign last term, and he has again impressed this season in his 26 appearances in all competitions.

And the 24-year-old wants to remain in the city, where he has settled well since his move from Galway United over two years ago.

“I have to sit down with the Gaffer and speak soon; I’m looking to stay here,” said Kelly.

“Limerick are the best up and coming club in the league. I don’t see why anyone wouldn’t want to be here.”

He continued: “With the Derry game coming up, hopefully we’ll get three points, and you never know, next year we could push on. We’ll see what kind of signings the Gaffer makes and who he keeps and hopefully we can push on even further.”

Kelly returned to the starting lineup for the first time in seven games for last Wednesday’s win over Shelbourne at Thomond Park, after a three-game suspension had seen him lose his place in the team.

“It was good to be back,” he said. “It was more like a pre-season coming back for me because I was out that long. The boys did so well when I was out, I had to bide my time and wait to get back in,” said Kelly.

“I’m just glad to get back and get a 90 minutes, although, I’ll not lie, I felt it from playing my first 90 in a long time – my legs were feeling it a bit. Thankfully, we were 1-0 up so I didn’t have to push on too much towards the end.

“I think the Gaffer just wanted us to sit in as a back four and keep the 1-0 lead, which we did.”