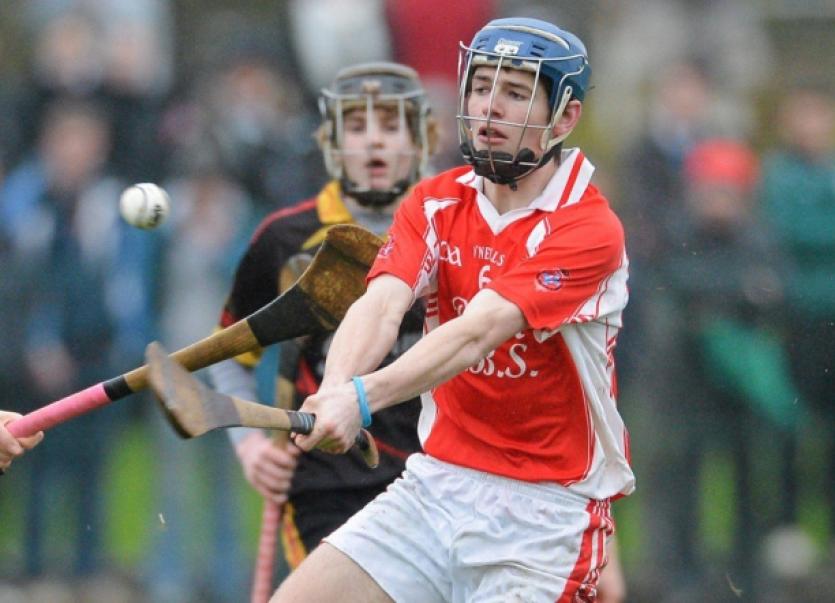 DOON CBS are into the quarter-finals of the Dr Harty Cup after a 3-12 to 1-14 win over Limerick rivals Castletroy College this Wednesday.

DOON CBS are into the quarter-finals of the Dr Harty Cup after a 3-12 to 1-14 win over Limerick rivals Castletroy College this Wednesday.

The secondary schools met in the Gaelic Grounds in a winner-takes-all final group game.

Ardsocil Ris remain on course to join Doon in the last eight of the Munster senior A colleges hurling championship.

The city side were 0-17 to 1-5 winners over Waterford’s De La Salle this Wednesday in Tipperary Town.

The success of Doon put the east Limerick school back into the quarter-finals, despite missing many key members of last year’s team.

They had goals from David Buckley and Joe Longeran to keep them in the game in the opening half. By half time the score was 0-11 to 2-5.

But Doon were transformed in the second half and led 3-11 to 0-13 before a late charge from Castletroy, who were backboned by many of the Limerick minor panel that won the Munster championship.

Meanwhile, Ardscoil Ris are within touching distance of another quarter-final.

To 100% ensure their progression they need to beat St Flannan’s in two weeks time.

This Wednesday, the North Circular Road side were 0-9 to 1-2 ahead at half time.

They had Ronan Lynch and Ian Galvin in fine scoring form.

The Ardsocil Harty win came 48-hours after they booked a place in the Dean Ryan Final, where they will play Midleton on November 6.