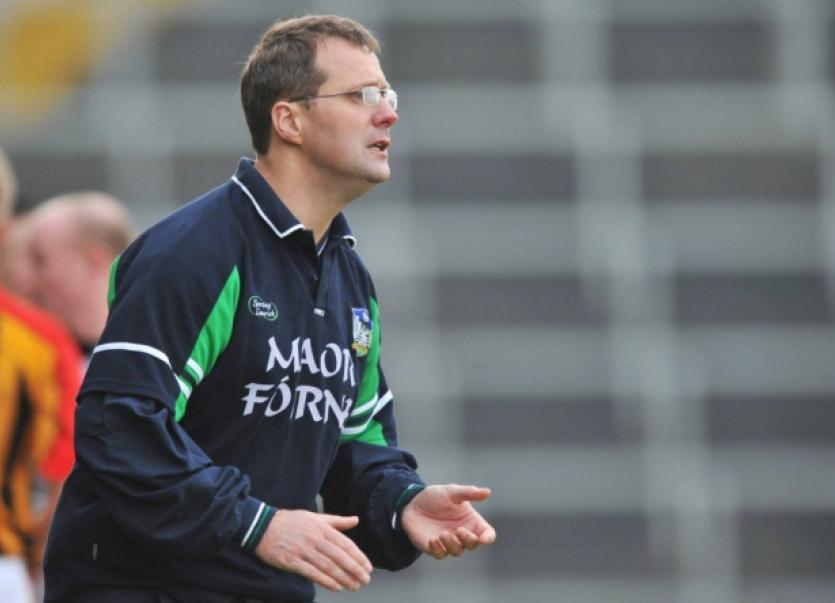 The Limerick Football Committee meet this Thursday night in the Woodlands House Hotel in Adare and Brudair’s name will be put before the club delegates.

If passed at Football Committee level, Brudair and his management team would then need to be rubber-stamped at a full meeting of the County Board.

A Limerick SFC winner on the field with his native Dromcollogher-Broadford, Brudair first came to prominence on the sideline when famously guiding his club to the Munster club title in 2008.

He also coached the Charleville hurlers to the Cork JAHC and this season coached St Patricks to the semi-finals of the Limerick SFC.

Brudair is to be joined in his management team by coaches Diarmuid Mullins and Brian Carson, physical trainer Mikey Kiely and selector Declan Brouder.

Mullins, an All-Ireland minor football championship winner with Laois in 1996 has been connected to the Mungret club in recent years and is a teacher in Crescent College.

He has been Tony Considine’s side-kick in Kilmallock for the past number of years when they won two Limerick SHC titles.

The team’s physical trainer is to be Mike Kiely. The Ballybrown native was trainer to the Clare U-21 hurling team that has won successive All-Ireland titles.

He has also been involved with recent Clare minor hurling teams.

Newcastle West’s Declan Brouder is to be team selector.

A member of Limerick’s Munster U-21 winning side of 2000, Brouder has played a key role with varying teams in his club over the past few years.

It is understood that another selector is to be confirmed at a later stage.

Elsewhere in the world of management appointments, Dromcollogher-Broadford coach Jerome Stack was this Monday night confirmed as Laois coach for 2014 with Tomas O’Flaharta.

Sources suggest a resolution next week but no date is scheduled for the County Board meeting to ratify the successor to John Allen.

A host of names continue to be linked to the vacant position.