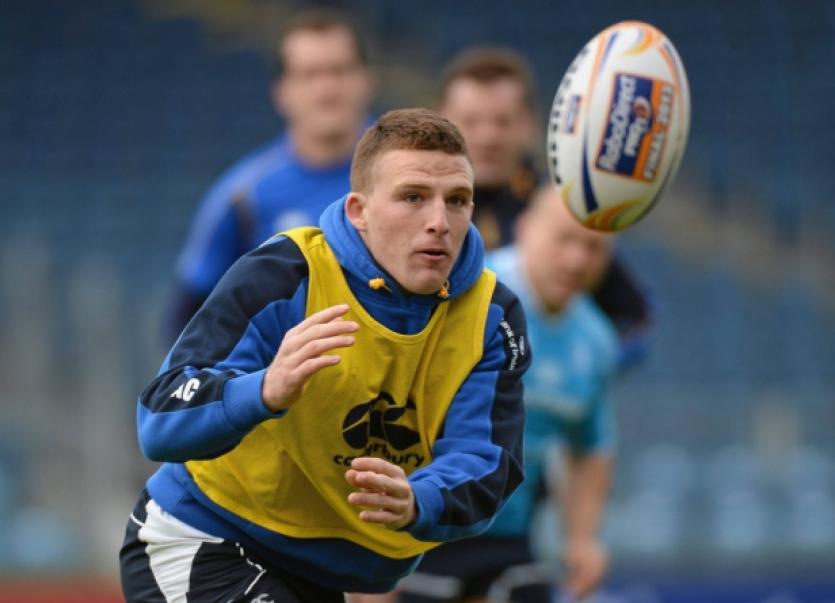 Former Leinster star winger is in his fifth week of pre-season training with Munster and is in line to make his debut in the province’s pre-season friendly with Gloucester at Thomond Park on Saturday, August 24 (5pm).

The versatile Conway, who can play at full-back or on the wing, made Leinster his debut as a 19-year-old in February 2010.

Twenty two-year-old Conway has joined Munster on a two-year deal.

Conway said: “I’m loving everything at Munster so far. I was a bit nervous coming down which would be normal I suppose, but I got into it pretty much straight away.

“All the lads are brilliant, very welcoming and I’ve moved in with Keats (Ian Keatley) and Johne (Murphy) so it’s going well. Overall it’s been great from the start, it was straight into training for me and I enjoyed that.

“I suppose coming in it was kind of like that first day of school. I think on the Sunday I was nervous because I was still living at home and I was leaving the comfort of it all so it was a two in one.

“But it was fine and once I got down I got straight into it and the training is keeping me occupied, and then you’re going home, eating and sleeping, so you don’t have much more to be doing.

“I’m getting used to everything around me now and I just can’t wait to get playing. I think that’s a natural thing that you are dying to get out and play a game with your new team-mates.

“It’s all well and good training together but you’re down here to play rugby and to play matches. That’s what I really want to do.”