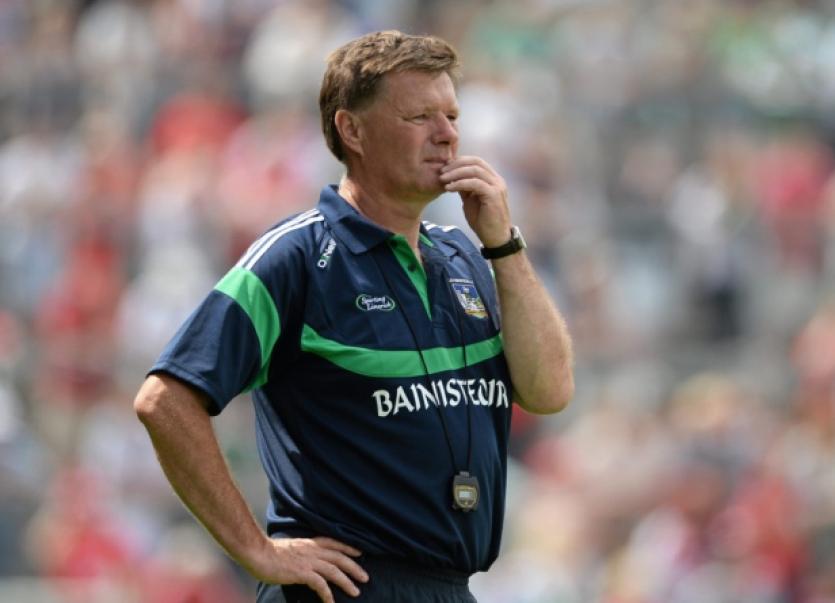 THE Limerick minor team for Sunday’s All-Ireland semi-final shows two changes from the side that won the Munster title.

THE Limerick minor team for Sunday’s All-Ireland semi-final shows two changes from the side that won the Munster title.

Brian Ryan and selectors Eamonn Cregan and Paul Finn have opted to change the side that beat Waterford in the provincial final replay in Thurles for Sunday’s national semi-final against Galway.

The last four clash will have a 1.30 start in Croke Park as a curtain-raiser to the senior clash of Limerick and Clare.

Into the team come Michael Casey and Darragh Kennedy. Na Piarsaigh’s Casey replaces Stephen Cahill in the full back line, while Murroe-Boher’s Kennedy is selected ahead of Jamie Butler in midfield.

In attack, Barry Nash and David Dempsey switch positions in the half forward line.

Limerick manager Brian Ryan has appealed to the large Limerick support to come to Croke Park to support their bid to reach the final against Munster rivals Waterford.

“It would be great if as much Limerick support as possible arrived in for the first game. It is not that often that two Limerick sides are involved in All-Ireland semi-finals,” said Ryan.

“Good support is vital. They are the 16th man. They were in Thurles the last night,” he said,

“The seniors have taken a lot of the limelight off our lads and it suits us. We have stayed just under the radar. We are doing our work, concentrating on ourselves and what we have to do. It is suiting us quite nicely. Winning the Munster title was super. It was great to get the hoodoo of the 29 years off our backs.We have parked that now and moved on and are in full preparation for the All-Ireland semi-final.”