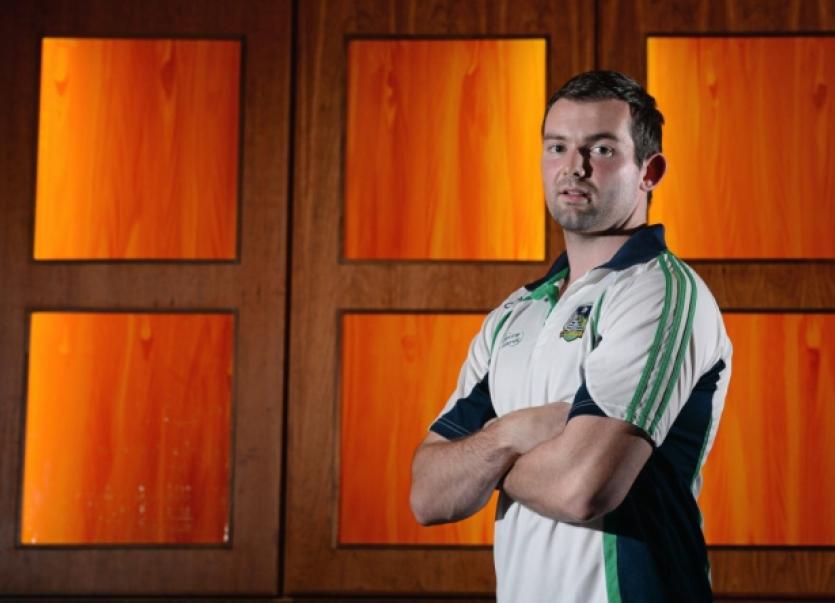 TOM Condon is a darling of the Green and White army.

TOM Condon is a darling of the Green and White army.

The Knockaderry man epitomises all that is good about Limerick hurling.

‘That’ shoulder on Eoin Kelly in the closing minutes of the win over Tipperary copperfastened his cult status.

“People seem to like that I hurl on the edge,” Condon says with a smile.

“I always had a bit of speed and that worked to my advantage and I was a physical player and people seem to like that.”

At present Condon and Limerick hurling are at their swash-buckling best.

“When Donal O’Grady came to us two years ago there were questions marks over whether we were playing the short passing game but that was never the case, it was clever intelligent use of the ball when coming out of defence and then deliver to the forwards,” recalled Condon.

“Traditionally Limerick was always a gung-ho style and I think that is still the case - we hurl off the cuff but a little bit more cute to find a man.”

But Condon is fondly loved for opening his shoulders and clearing long.

“That’s the way you think about playing hurling, you get the ball and drive it as hard as you can,” he said with a broad smile.

“There has to be a bit of cuteness about it and a bit of precision and it does pay off if you stick to the gameplan.”

Condon is a corner stone to a defensive unit that is pretty much the backbone of the side for three years.

“This year fellas are a year older and there are no hiding places. Fellas know what to expect and they kicked on, especially in the game against Tipperary when we came out around half time and went four points down - when that happened last year our heads dropped and they ran riot but this year we regrouped and never panicked and drove on to get over the line,” explained Condon.

“You have to have everyone pulling in the one direction - we have become settled thank god and you get to know their style of play and who is covering who - there is some reassurance.”

He explained: “But any guy could come in off the bench and it would be the exact same because we are used to training together and there is a good bond there.”

Of Sunday, Condon said: “These are the days that you train for - our goal at the start of the year was that there was three cups that we could win - one was the league, one was Munster and one was the All-Ireland. We have won one and lost one and now we are going for another one.”