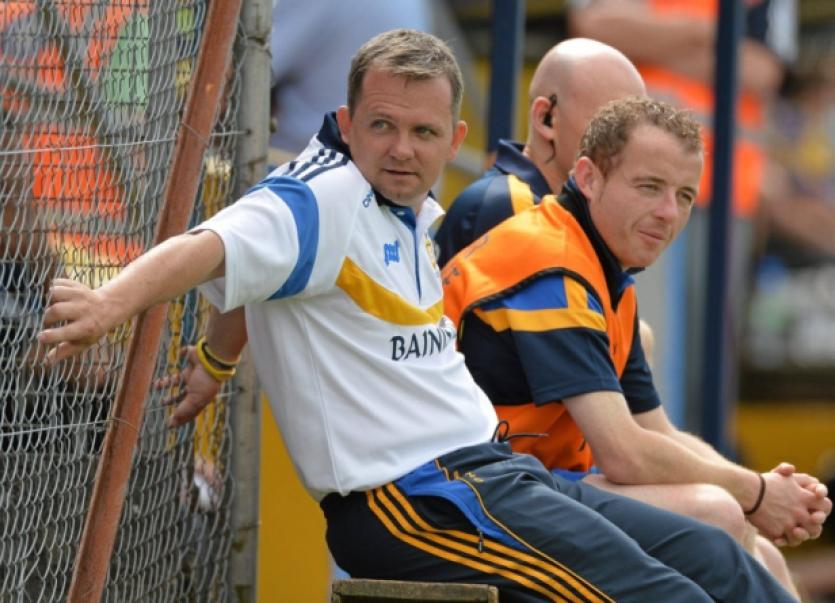 ON Sunday in Croke Park, a key trio of Limerick men will cross county bounds as part of Davy Fitzgerald’s management team.

ON Sunday in Croke Park, a key trio of Limerick men will cross county bounds as part of Davy Fitzgerald’s management team.

Fitzgerald has assembled an extensive back room team in Clare.

Key to the fortunes of The Banner are a trio of Limerick men. All three are key members of the coaching staff that has produced a side, heralded as the ‘fittest in the championship’.

The Bruff man will be the most visible of the Limerick trio in Croke Park on Sunday.

The connection between Bulfin and Fitzgerald can be traced back to Limerick IT.

Bulfin is the Sports Officer in the Third Level College, where Fitzgerald has a long association as Fitzgibbon Cup manager.

When the former Clare All-Ireland winner became Waterford manager, he brought Bulfin on board as goalkeeping coach.

Then when Fitzgerald unveiled his backroom team in Clare, Bulfin was again included as goalkeeping coach.

But his role within the camp has grown - particularly this season - with the Bruff man operating as a ‘runner’ on match day to divulge messages from the manager to players in the course of the game.

On Sunday, Bulfin will find himself facing his native county side that includes club-mate Paul Browne. On the August Bank Holiday weekend they lined out together in the Limerick IHC.

The Monaleen man has a continous association with Clare in recent years.

Indeed for the last number of years he has combined coaching with a number of Clare hurling sides with his role as a Limerick senior footballer.

While best known for football in Limerick, the secondary school teacher first came to hurling attention at Harty Cup level with St Caimins and then as coach to a victorious Sixmilebridge U-21 team.

Kinnerk first coached Clare to the 2010 and 2011 Munster minor titles.

Last year he was one of the first names added to the Fitzgerald backroom team and combined his senior duties with those of the U-21 team.

The U-21 side, with Ballybrown’s Mikey Kiely in the management team, were crowned All-Ireland champions and have already defended their Munster crown.

Kinnerk is much respected for his innovative hurling drills.

On Sunday, he will be most visible prior to throw- as he will take the Clare warm-up.

Kinnerk has developed a warm-up routine that has been adopted by all Clare inter-county teams.

The Rathkeale man is the Clare physical trainer.

He also lectures in IT Tralee on the Health and Leisure Course.

He played hurling and football with St Marys Sean Finns at underage level but was always an accomplished athlete. He has raced every distance from the 400m to the marathon and also has competed in many triathlons. Starting next month, he will appear on RTE as the Fitness and Performance Expert on a new show entitled, Ireland Fittest Family.