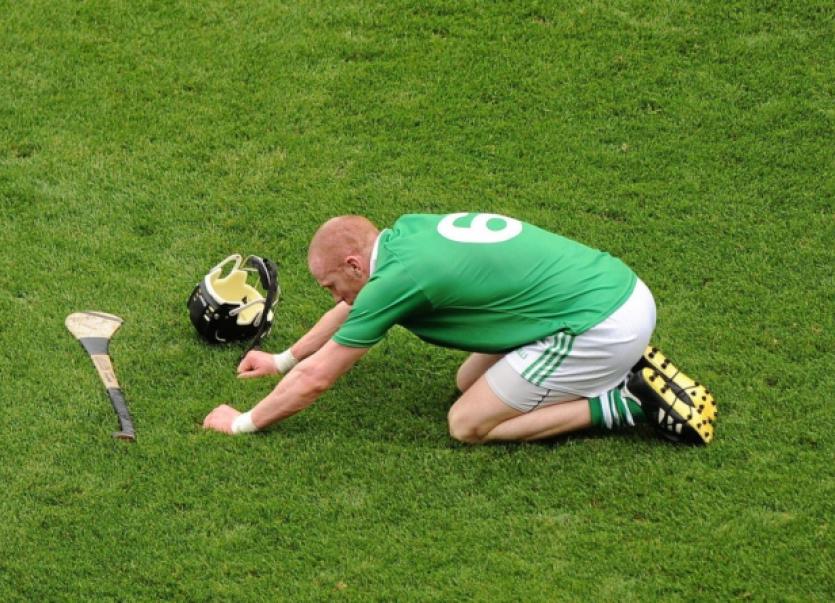 There was huge disappointment for Limerick in Croke Park on Sunday as Clare recorded a 1-22 to 0-18 win in the All Ireland semi-final.

There was huge disappointment for Limerick in Croke Park on Sunday as Clare recorded a 1-22 to 0-18 win in the All Ireland semi-final.

THE ambush is complete.

Limerick travelled to Croke Park in their thousands amid huge expectancy but returned with shattered dreams.

On the back of a first Munster SHC since 1996, Limerick arrived in GAA Headquarters seeking a first All-Ireland final appearance since 2007.

Confidence was high with wins over Tipperary and Cork, but coming through the backdoor was an ever improving youthful Clare side that had played five games to reach this All-Ireland semi-final.

There was none of the assured play that had stood Limerick in good stead in capturing the provincial final.

Instead, Limerick were jittery and looked nervous.

And, not helping matters was a total of 13 wides. Ten of the wides came in the first half and four of those from placed balls.

Despite the below par performance the opening half still should have seen Limerick much closer to their Shannonside neighbours but alas chance after chance went abegging and this was at a time when possession wasn’t exactly in plentiful supply.

On top of that was a goal that was somehow nudged over the line in the 12th minute. But there is no denying that Limerick were very poor in the opening half and struggled to match the Clare tactics from the off. When Limerick did win possession, it was more often than not hit straight down field to where loose man Patrick Donnellan mopped up.

Whether it was the five week lay-off or not, Clare were certainly sharper in the first half and indeed they looked the hungrier to win 50-50 balls.

Half backs Patrick Donnellan and Patrick O’Connor fired them 0-2 clear inside five minutes as Limerick mis-fired at the other end.

In was the ninth minute when a Declan Hannon free finally had Limerick on the scoreboard. But by now the wides tally was at five. Tony Kelly fired over and then came the goal.

Conor Ryan delivered long. Initially Nickie Quaid saved from Podge Collins but in a scramble on the goal-line it appeared the arriving Darach Honan poked the sliothar to the net.

On top of that set-back was the loss of injured Seamus Hickey. Conor Allis replaced Hickey and with his first touch fired over from beneath the Hogan Stand.

But still no momentum from Limerick. Even when the linesman heped the overrule a James Ryan shot, initially signalled wide, as a score there was no spark.

That left it 1-5 to 0-4 with 20 minutes played. All hoped that Limerick could push-on towards the interval but alas it was Clare that stayed strong with Podge Collins and Tony Kelly roaming freely and each registering two first half points.

Limerick’s trusty system was now pulled to pieces and the 31st minute saw Shane Dowling enter the fray as the second substitution.

Dowling’s impact was immediate, setting up Gavin O’Mahony for a long range effort. That was Limerick’s lot in a forgettable half.

John Allen, Eamonn Meskell, John Kiely and Donach O’Donnell stood on the sideline for much of the interval break in an attempt to devise something to stop the Clare momentum.

Surely there had to be a response and it did come, but just not on a prolonged scale or with sufficient scoring return.

Clare had a seven-point lead and were more than happy to soak up the expected Limerick pressure and hit on the counterattack. The second half was to finish 0-12 each with the goals Limerick needed never materialising.

Limerick returned with Donal O’Grady at wing back and Paudie O’Brien in midfield. The switches worked and for the first time there was primary possession for Limerick to launch from.

Dowling was now on free-taking duties and three points on the trot had supporters daring to dream that something special could be on the cards at 1-10 to 0-9 and with over a half hour to play.

But Clare hit back and were now enjoying extra space in attack with Limerick having to take more gambles to press forward for scores.

Kelly and Colm Galvin hit huge points to quell the Limerick spirit and then there was Colin Ryan - who scored nine great points from frees.

To be fair to Limerick they kept battling to the bitter end but in all truth without a barrage of goals Limerick never looked like winners in this All-Ireland semi-final.