No excuses from Limerick captain O’Grady 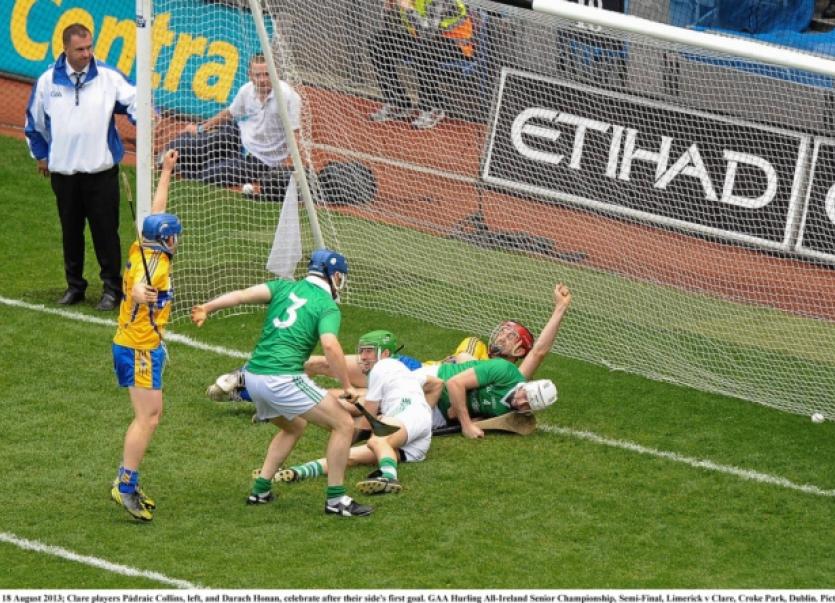 Limerick went to Dublin yesterday as favourites to win the Shannonside derby but found themselves playing second fiddle to Davy Fitzgerald’s young charges.

O’Grady, a veteran of Limerick’s last All-Ireland final appearance in 2007, said that preparation had been spot-on.

“You can use the excuse of the five weeks but no... it was worse before the Munster final. Understandably you might say that people were thinking ahead of themselves and saying the final would be a rematch with Cork and a song comes out but I think the players kept their distance from that so I wouldn’t use that as an excuse,” said O’Grady.

“Nothing went right for us but Clare were definitely the better team,” said the midfielder as he choked back the tears.

“It’s a mixture of frustration and disappointment really because it’s a known fact that we didn’t play well.”

He continued: “Nothing went right for us in the first half.”

“Nothing went wrong for us the first day against Tipperary and I remember we had two or three wides - you need these breaks,” he explained.

“It wasn’t for the lack of effort - Clare just really played well,” he sighed.

What of Limerick attempts to halt the furious pace and energy around the field?

“We prepared for it - we all have spent time with video analysis but it’s so different out there. You can talk about setting up to play them but after half an hour, people would be saying did Limerick watch videos at all because Pat Donnellan was coming out with ball after ball - they put so much pressure on us out the field that delivery wasn’t exactly pin-point into the lads inside and they were being double marked.”

Limerick trailed by seven at the break and the captain admitted that the interval dressing was a tough place to be.

“There was a small bit of shouting here and there and understandably so - we were frustrated with the way we played. I hit one myself about 10-minutes before half time when we really needed a score and it was a lazy shot and normally they should have a great chance of going over,” he said, referencing the tally of 10 first half wides.

But he was happy with the initial second half response.

“We got the first few scores in the second half and I just felt that we were coming back into the game but we really needed a goal or two but there was no sign of that coming because they just swarmed that full back line and probably happy to see us tap over a few points,” he outlined.

“Ultimately Colin Ryan had a day that he would never forget - I don’t think he missed a thing.”