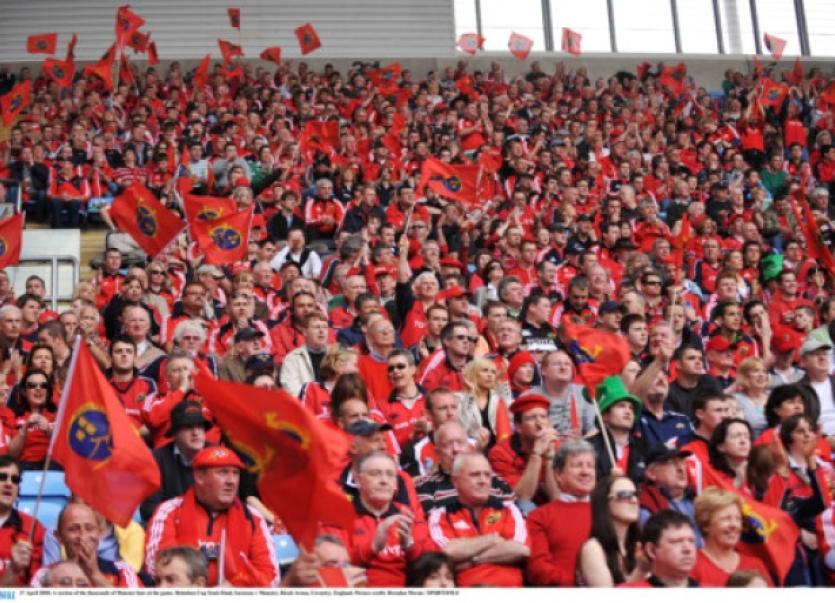 MUNSTER has experienced another difficult year financially, with the province forecasting an expected loss of €658,000 for the year ending June 30, 2013.

MUNSTER has experienced another difficult year financially, with the province forecasting an expected loss of €658,000 for the year ending June 30, 2013.

The news comes on the back of a significant cash flow deficit of €1.08 million incurred for the previous 12 months.

Munster rugby chiefs admit the province is experiencing significant prressures on their finances due to the downturn in the economy.

Munster Rugby had budgeted for a deficit of €200,000 for the 12 months to the end of this month. However, a number of factors, including a reduction in gate income, lower than expected sales in the Munster Rugby Stores and reduction in royalty income from replica jerseys had resulted in the deficit being significantly greater than budgeted for.

With no improvement in the current economic climate in sight, Munster rugby chiefs admit the coming years are set to prove extremely challenging financially for the province.

Munster are hoping to reach a break even point for the 2013/14 season, following ‘significant cost reduction’ initiatives which are on-going. Munster estimate that there has been cost-cutting of 10-12% right across all sectors of the organisation. These include three recent voluntary staff redundancies.

Munster CEO Garrett Fitzgerald told the Branch AGM held at Thomond RFC last night: “You have two options, either face the challenge and act accordingly or close your eyes and hope it will go away which, of course, it won’t.

“When 66% of your income comes from gate receipts, you can’t write it down as guaranteed, it’s just a bigger challenge to sell more tickets and so on.”

In the Financial Commentary included in the Branch’s annual report presented at last night’s AGM, it stated that it is ‘imperative’ that Munster ‘achieve break-even position for 2013-2014’ in order to meet their financial obligation.

“The on-going cost reduction initiatives will need to be broadened to achieve this break-even target,” the financial commentary read.

“It is critical that we continue to grow the Supporters Club and maintain the current level of ticket sales through the clubs.

“All of the above are vital to retain the existing level of investment in the team in order to be competitive on the pitch.”

A contributing factor to Munster’s financial problems is the fact that fewer members of the squad now hold national contracts. The number has fallen from 10 in 2010-‘11 to six in 2013-‘14. National contracts are paid entirely by the IRFU, while in the case of provincial contracts, Munster get a certain allowance towards each player.

Also at last night’s AGM, host club Thomond RFC were celebrating the election of their first President of the Munster Branch. John Hartery will succeeds Stan Fuller in the position for next season.

Hartery has been highly active in the administration side of the game at club and branch level for many seasons, having enjoyed a successful playing career with Thomond.