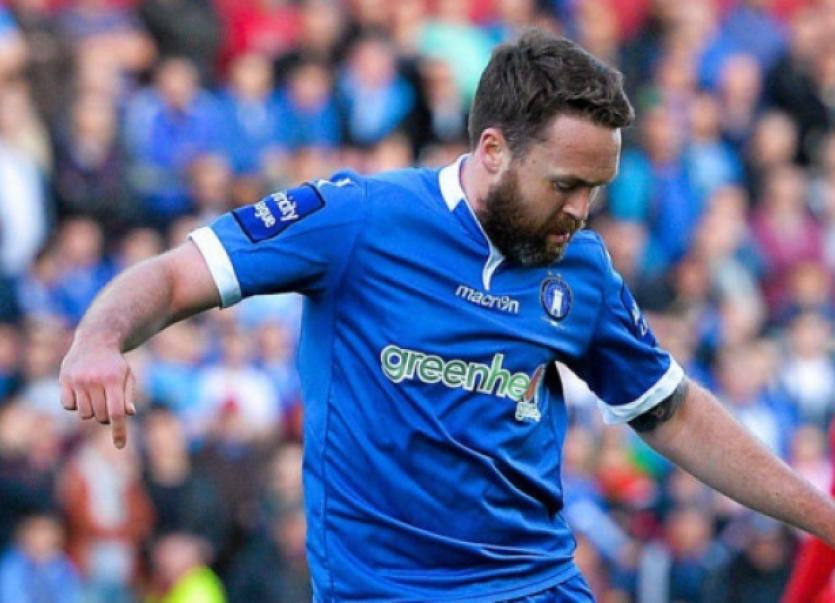 Limerick lying sixth in the Airtricity League Premier Division table will be hoping to cause an upset in the capital.

“I think they’re a decent side. They have got experience throughout their squad not just their starting eleven. They know the league inside out. They’ve also got experience of playing alongside each other which is huge,” Limerick manager, Stuart Taylor, said of the table topping Pat’s side.

“They’ve got that gel in the squad which is something we are striving for. Some of our players are still reasonably new and getting to know each other and the league. It’s something we’re getting used to every week,” added Taylor.

Taylor was more than happy with his team’s performance on their last trip to the capital - a second round FAI cup victory against Glenville FC.

“I’m delighted we’re in the next round and I was over the moon with the performance on Saturday up in Glenville. I thought the players dictated the game from start to finish. Some of the passing movements were enjoyable to watch. I was pleased for Rory Gaffney to get two goals,” he said.

With Craig Curran still out injured the return to form and fitness of last year’s First Division standout Gaffney will serve as a much needed fillet for the Blues ahead of the game against a hitherto impressive Pat’s side. When the sides first met this season it was Pat’s who came out on top 1-0 thanks to a Killian Brennan penalty.

“Rory has been very patient coming back from his injury. He’s seen Craig Curran playing up top and he’s had to fight for his place. Rory’s now got his chance through Craig being injured and he’s scored two goals and put in decent performance. He needs to keep doing what he’s doing. I’m aware he’s not going to score every game but it’s about the work ethic and commitment you put into every game. I thought he done extremely well in the Derry City game as well.

Limerick are still dealing with a litany of injuries and even the leaving cert is having an affect on the availability of Taylor’s already stretched squad. Young stars, Darragh Rainsford and Shane Costelloe, are amongst those taking time off to complete their secondary education in the next couple of weeks.

Those definitely out of the Pat’s game include Pat Purcell and Craig Curran.

Brian O’Callaghan is still struggling with a series of niggles while both full backs Robbie Williams and Shaun Kelly are major doubts after failing to complete training sessions earlier this week. Full back Patrick Nzuzi could be back in contention, however, after representing Congo DR in the prestigious Toulon Tournament.