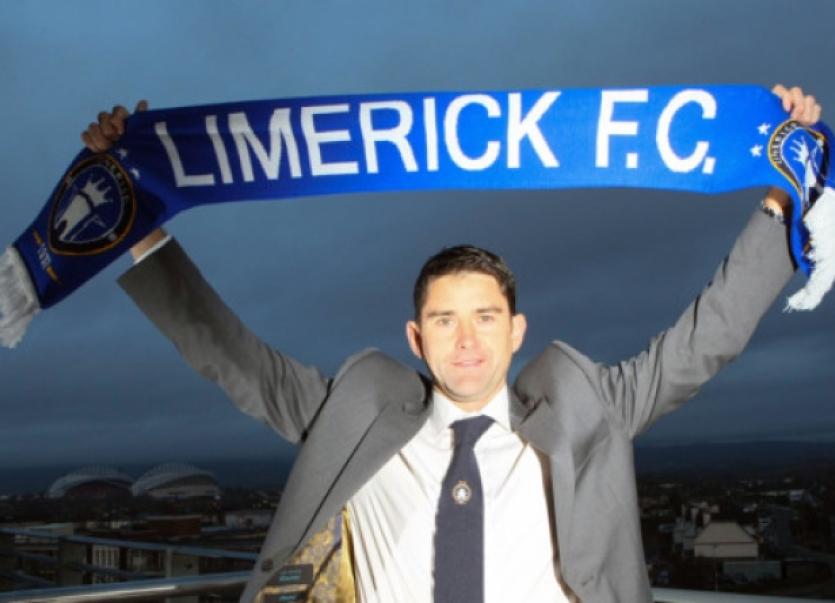 Limerick FC boss Stuart Taylor insists there is no disciplinary problem with his team, despite picking up four red cards in their first four matches of the season.

Limerick FC boss Stuart Taylor insists there is no disciplinary problem with his team, despite picking up four red cards in their first four matches of the season.

Limerick’s fine start to the season came to an end on Saturday night, with a narrow defeat away to reigning champions Sligo Rovers.

Limerick goalie Barry Ryan was sent off after the final whistle of the 2-1 defeat for remonstrating with match referee Rob Rogers. Ryan felt so aggrieved by Rogers decision to book Danny Galbraith for diving, that he ran the length of the pitch following the final whistle to make his feelings on the decision clear to the official.

Ryan’s sending off follows the dual dismissals of Aaron Browne and Axel Bossekota in Limerick’s away match at Drogheda but Taylor is adamant their is no disciplinary issues within his squad.

“There is no discipline problem with my players, absolutely no problem whatsoever.”

“Every Sligo player that spoke to me after the game turned around and said it was a stone wall penalty,” said Taylor of the controversy.

“Somebody pointed out to me the reaction of the Sligo players when the incident with Danny happened, that immediately their hands went to their heads, as if they’d lost a goal, lost a penalty,” added Taylor.

Taylor, fully aware of the difficult job referees face in making split second decisions, was unwilling to blame Rogers for the incident.

“I had a fantastic view of the incident, which I will not go into. I am respectful towards the officials. It’s a spur of the moment decision. The referee’s got a split decision to make and a short space of time to make it. He’s made his decision and we’ve got to live by that decision and we respect him for it.”

Although it was a first defeat of the season a lot of positives, despite the obvious disappointment, could be taken from their performance in running the league leaders so close on their own patch.

“To come away from the game without anything is very, very hard to take. I though we did well enough to take something out of the game. We have to continue playing the way we’re playing and we’ll win more games,” said Taylor.

Limerick took the lead in the match thanks to a first goal for striker Craig Curran delighting his manager in the process. “Absolutely over the moon for him because his work ethic is fantastic,” added Taylor. Goal machine Anthony Elding on the stroke of half-time and Jeff Henderson late on, sealed a fourth straight win for Sligo.

Limerick will have no time to dwell on their misfortune as they now face into a home double header over the Easter weekend. They play St Pats Saturday night at 7.45pm followed by the highly anticipated arrival of Shamrock Rovers to Thomond Park on Tuesday night.