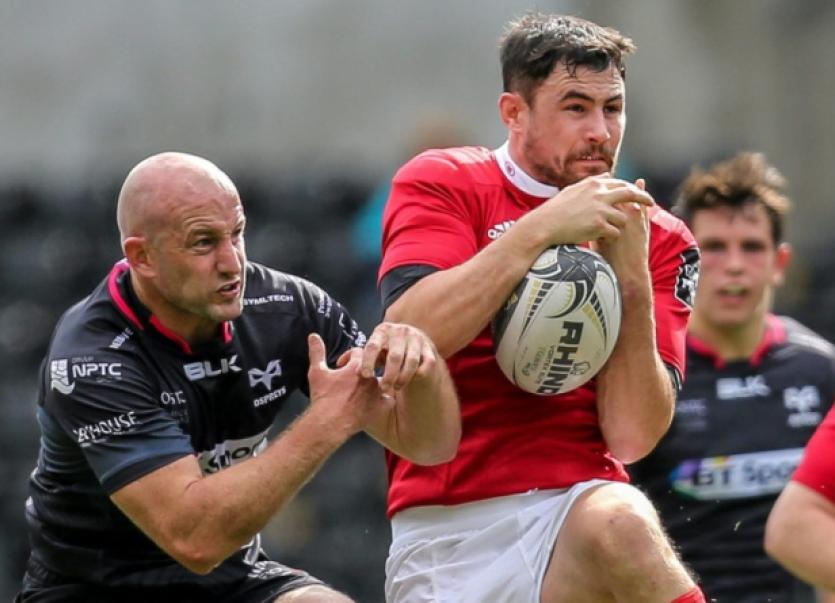 MUNSTER are sweating on the fitness of full-back Felix Jones after the full-back injured his neck during the province’s stuttering Guinness PRO12 victory over Glasgow at Thomond Park on Friday.

MUNSTER are sweating on the fitness of full-back Felix Jones after the full-back injured his neck during the province’s stuttering Guinness PRO12 victory over Glasgow at Thomond Park on Friday.

Twenty eight-year-old Jones was replaced just before half-time after picking up the injury in a tackle.

Jones suffered a serious neck injury against Connacht in December 2009 which kept him sidelined for a year.

Munster head coach, Anthony Foley said: “Felix took a bang on the neck, I think. He was taken off for a HIA (head injury assessment). He didn’t come back out, but I was told he wasn’t kept back because of concussion. It was more a bang through the neck. Obviously, Felix has a history there, so we will be looking after that first and foremost. Other than that I don’t really have any other information.”

Friday night’s earlier than usual tea time kick-off resulted in an attendance of just 5,183 at Thomond Park. The early kick-off was to avoid a direct clash with a televised Rugby World Cup pool fixture featuring New Zealand and Georgia.

Anthony Foley said: “There is no getting away from it. It was a dead atmosphere out there. It is a home game where you want a massive atmosphere at the game and you want to crowd to roll in behind.

“I thought the crowd were excellent when we were put to the pin of our collar. I thought they got in behind us. It is just a pity there wasn’t three or four times the amount of people in the stadium to really get in behind the team.

It’s (6pm kick-off) not an ideal time with people getting off work and all that. Unfortunately, sometimes, you are hamstrung by the people who fix the times.”