Richie English named U-21 hurler of the year 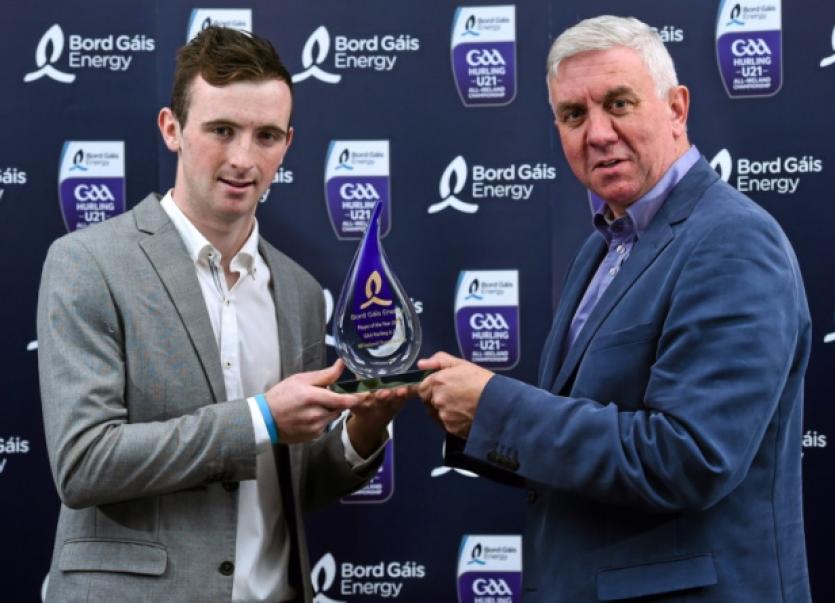 Limerick U-21 hurling full-back Richie English has been honoured as the Bord Gais Energy Player of the Year.

Limerick U-21 hurling full-back Richie English has been honoured as the Bord Gais Energy Player of the Year.

The Doon club man was presented with his award at Dublin’s Marker Hotel on Saturday night.

The Limerick defender was rewarded for his individual exploits as he helped his county claim this year’s All-Ireland title. He follows in the footsteps of Clare’s Colm Galvin who was the 2014 winner.

The Player of the Year award recognises the overall stand-out player of the 2015 Bord Gáis Energy GAA Hurling U-21 All-Ireland Championship.

“In a year where Limerick were outstanding they had a number of exceptional individual performers,” said Ger Cunningham, Bord Gais ambassador and member of the judging panel. “There was consensus among the committee that Richie was the best of an excellent bunch. He narrowly got the nod ahead of his teammate Diarmaid Byrnes and Wexford’s Conor McDonald who both also had seasons to remember at the U-21 grade.

The 2015 Bord Gáis Energy Score of the Year was also revealed on the night. Wexford’s remarkable team goal, which was finished off by Cathal Dunbar, in their Leinster semi-final win against Offaly was voted by fans of the championship as the deserving winner.