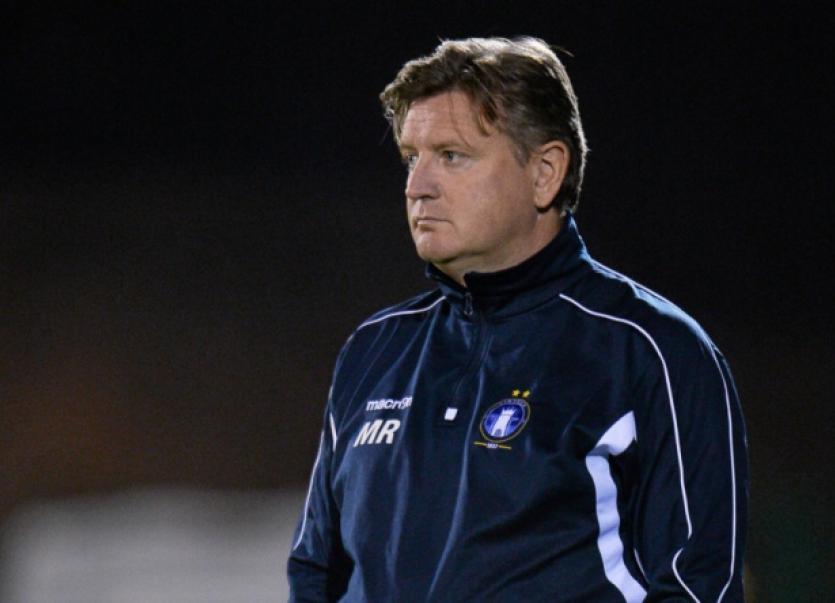 There are now just four games to go in the Premier Division. With the club finishing bottom facing automatic relegation to the First Division for next season and the side finishing second-from-bottom earning a play-off, Limerick FC don’t have much margin for error over their remaining four fixtures.

Following Friday night’s trip to Galway, Limerick FC host Derry City at the Markets Field on Saturday, October 17, before facing another home tie against Shamrock Rovers on October 24. The Blues complete their programme of home game with a fixture away to fellow strugglers Sligo Rovers at The Showgrounds on Friday, October 30, 7.45pm.

Martin Russell said: “There is a lot of football to be played still although it’s only four games. There will be plenty of twists and turns to come over those four games.

“We will be giving everything. Seven more points would get us up to 30 points.

“That total would possibly give us a play-off. That is something to aim for. Who knows? When we went on our run we focused on the next game and with four to go it is at that stage where the next one matters.

Russell is looking forward to Friday’s crucial trip to Galway. Limerick go into it on the back on a ‘free’ weekend as the FAI Cup semi-finals took centre stage on the League of Ireland front last weekend.

“It is a very big game, there is no doubt about that. The one thing is that we go there with confidence that we can cause Galway problems and if we bring a following with us, we can help create a good atmosphere and help the boys deliver which would be a valuable three points.

“We have had a few guys carrying knocks over the past few weeks which hasn’t been ideal. We have some young players who have done really, really well, but they still have a bit to go to get to the levels of the Dundalk lads (who beat Limerick FC 3-1 in their last league outing).”