Ardscoil Ris backbone to Limerick and Clare U-21 Munster final 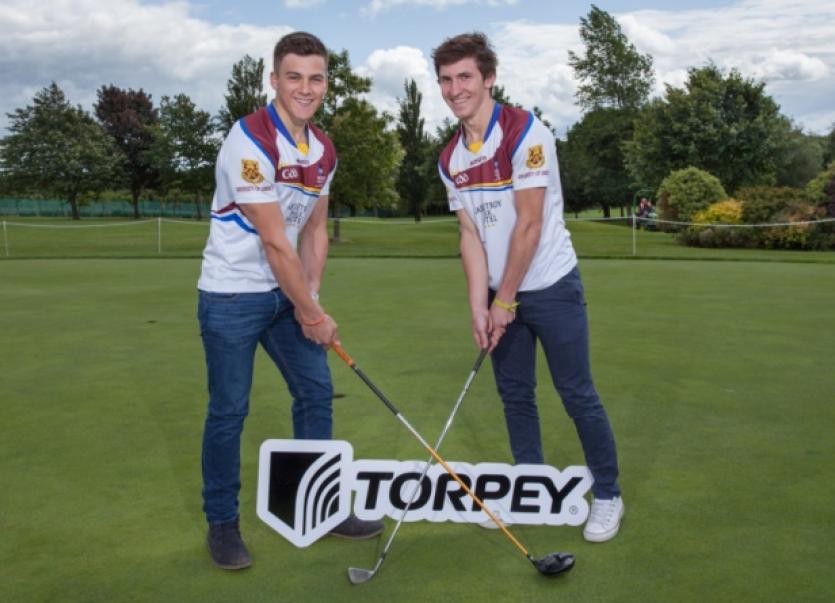 TWO Ardscoil Ris Harty Cup winning sides will provide a total of 14 players on both panels for Thursday’s Munster U-21 hurling final.

TWO Ardscoil Ris Harty Cup winning sides will provide a total of 14 players on both panels for Thursday’s Munster U-21 hurling final.

John Kiely’s Limerick panel will have a total of 11 Ardscoil Ris past pupils, while Donal Moloney’s Clare outfit will also have an Ardscoil Ris representation.

“It’s only a match and we will be friends again after the match - it will be just like another match,” said Clonlara’s Galvin, who was speaking at the launch of the UL GAA club golf classic in Limerick Golf Club on August 21.

The Clare forward scored four points in their semi final win over Waterford.

“it was a good set-up and we were well drilled for the whole year and well focused. We were very unlucky not to win the All Ireland semi final,” he recalled of his school days in Limerick when Niall Crowe, Victory Leydon, Ger Downes and Paul Browne were the Ardscoil management.

“We won’t give them too much credit,” he joked when asked of the Limerick role in his hurling development.

“We had a great group of lads in Ardscoil Ris and now its the same in UL,” said the first year student.

Earlier this year Galvin was on the UL side that won the college’s first ever Fresher hurling championship.

Managed by Gary Kirby, that UL side also had a mix of Limerick and Clare U-21 players - Sean Finn, Michael Casey and Tom Morrissey (all Limerick) and David Fitzgerald, Colin Crehan and Galvin.

“Its a good test and a nice step up. Its a good time to be playing competitive games at a time when you are training with the inter-county side and it’s a good standard. It’s very good to help you improve and a good way to meet new lads from other counties and get new friends,” said Galvin of his first year in UL.

“It’s very hard to keep going from September to May without competitive matches or so this brought competitive games,” he said of their Fresher success.

What of Thursday’s final?

“The next night it is going to be difficult and you never know what can happen until the game starts. It’s all about the people inside in the field - whoever works the hardest and wants it more. It should be a battle - it’s a Munster final after all.”