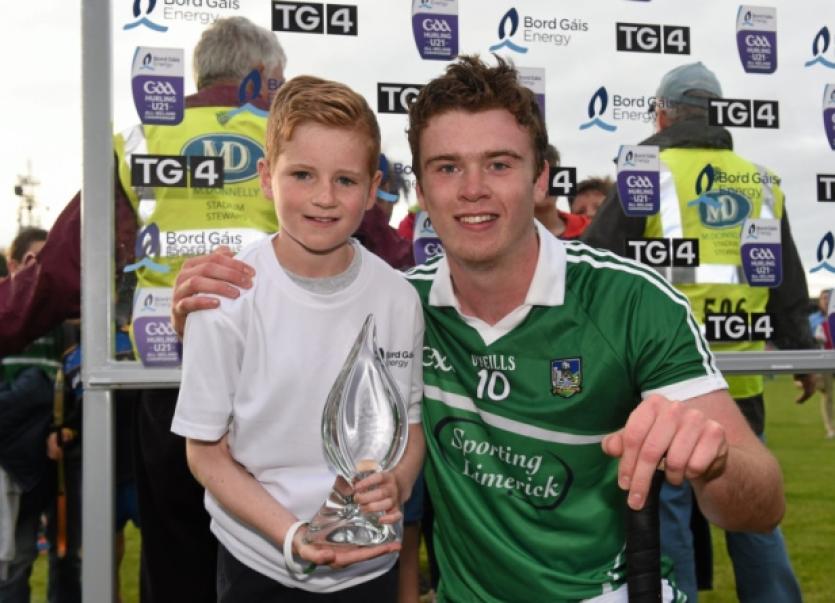 Limerick won the Munster U-21 hurling championship for the seventh time in Ennis on Thursday night when they got the better of Clare in front of over 14,000 on a scoreline of 0-22 to 0-19. Jerome O’Connell spoke to winning manager John Kiely afterwards who now wants his side to drive on from this success. Limerick play Galway in the All Ireland semi-final while Wexford play Antrim on the other side.

The Limerick SHC resumes on Friday night with the clash of Ballbrown and Croom in Croagh. There are then five games down for decision on Sunday. Here’s our previews to all those SHC games. There’s also plenty of other action in the lower grades in Limerick. Check out the full weekend fixtures here.

Olympic hero and World champion Katie Taylor is to feature on the undercard of Andy Lee’s world title fight in Thomond Park in September. Taylor’s opponent will be announced at a press conference in Dublin on Tuesday next

The Tony Martin-trained Quick Jack was the 9/2 winner of the Guinness Galway Hurdle on Day 4 of the Galway Races in Ballybrit. It was the second year in a row that Martin landed the Galway Hurdle after Thomas Edison, which fell at the last this time, triumphed in 2014.

Kerry have made one change for their All Ireland quarter-final against Kildare in Croke Park on Sunday as Stephen O’Brien returns to the starting team in place of Johnny Buckley. There is no place, however, for Colm Cooper who must again be content with a place on the bench alongside Darran O’Sullivan, Tommy Walsh, Fionn Fitzgerald and Paul Galvin. Kerry play Kildare in the first of the All Ireland quarter-finals at 2pm on Sunday while Fermanagh play Dublin at 4pm. On Saturday, Donegal take on Galway and Sligo play Tyrone in the last of the Round 4 Qualifiers