Previews ahead of round four of Limerick SHC 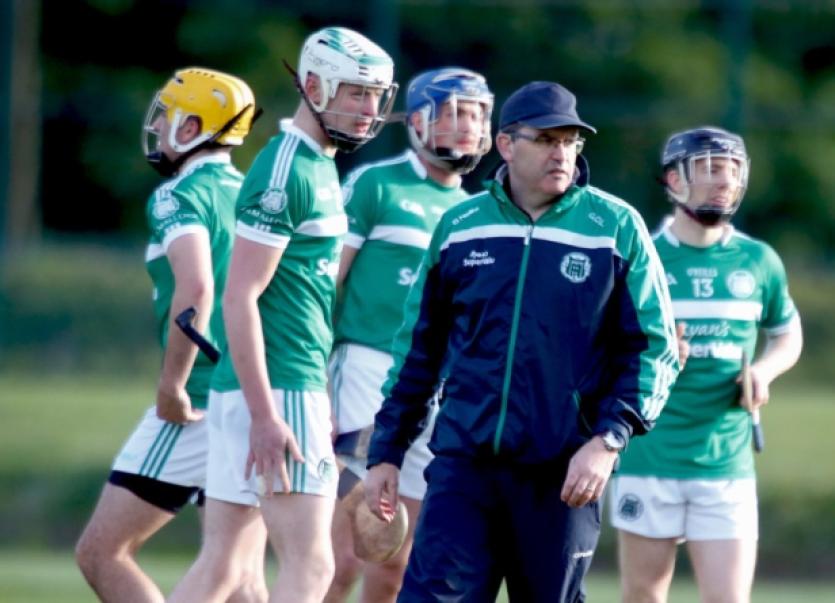 Six games are scheduled for Friday and Sunday and Jerome O’Connell previews the action.

After beating Bruff in the previous round Ballybrown will know that victory can propel them towards a quarter final.

Croom, with a game in hand against Doon, will also aspire in that direction and will take much confidence from their last outing, which was a draw with Adare way back on May 30!

While Croom have operated from the second tier of the All County League Ballybrown are in the top flight. This competitiveness and recent fine form in challenge games should stand to Ballybrown. They will need David Hall and Shane Kenny to continue to aid Alan O’Connor. At the other end of the field, Croom have struggled for scoring consistency.

When these sides met in round one last year Doon emerged victorious.

The east Limerick side have a game in hand and therefore have no competitive county championship game since May. They have one defeat to Na Piarsaigh and win over Bruff to their credit under Sean Prendergast.

In a most competitive group this game could determine which side are best positioned to aspire towards potentially finishing as runner up to Na Piarsaigh.

Getting a settled unit is key for Doon over the next six weeks with options aplenty on the back of underage success.

They have alter line-ups throughout 2015 and with all available much interest will focus on the shape of their team.

For their part Adare yearn for a win. They have three draws from three outings in the SHC but that is on top of no win from seven fixtures in the All County League.

Doon will need to test the Adare resolve early if they are repeat the win of last year.

Both will be attempting to get back to winning ways - Na Piarsaigh drew with Adare and Bruff lost to Ballybrown last time round.

While the city men are hot favourites with the bookies, they face into this contest without a key trio - Shane Dowling, Alan Dempsey and William O’Donoghue, who are all in the US for the Summer.

They have also had injuries rule out Aidan Hennessy and Kieran Breen so far. But youngsters Ronan Lynch and Michael Casey will be back after missing last time.

Bruff, who changed their management earlier in the season, faded in the second half against Ballybrown.

While they got some victories in the South Championship, the newcomers will have to be at their very best here to deny a Na Piarsaigh side that can take a big step towards the semi finals with victory.

Overall, the Caherdavin side should just carry too much fire power against the premier intermediate champions.

The champions have booked their progress to the next round with two games to spare.

But Ger O’Loughlin has urged his Munster champions to reach greater heights this season and will want to push towards the semi finals.

Their win over Murroe-Boher last time was without Bryan O’Sullivan and Robbie Hanley.

Eoin Ryan went off injured but should be ok to start on Sunday.

The like Oisin O’Reilly, Paul Doona and Benny Burke have made the panel more competitive, which keeps all on their toes.

Local rivals Effin should maintain focus for this Kilfinane outing.

Effin drew with South Liberties last time out when Nickie Quaid and Tommy Quaid were in fine form.

The brothers remain key to the Cork border side and while their league form is relatively good, The Balbec are much stiffer opposition and have scored nine goals and only conceded two so far.

The Well have already ensured their passage to the knockout stages - returning after two years in the County Cup.

With three SHC wins from three and five from six games in the ACHL, Ciaran Carey and Mark Foley will want to keep momentum going, especially with the championship reaching the business end.

But they will be planning without suspended captain and full back Barry Foley.

Also absent will be inter-county man Seanie O’Brien and Pat Howard, who are both in the US for the Summer.

The Well have hit 11 goals already in the championship and face a Liberties’ side that have conceded six.

With the top two already advancing, Liberties are primed for an assault on the third qualifying spot. After Patrickswell they have Ahane and will know that one of the roll of honour leaders will have to be toppled to again play in the quarter finals.

William Hickey is out injured, while Brian Ryan missed last week’s minor game due to injury.

Murroe-Boher are the only side in the SHC without points on the board, while Ahane only have one win from three outings.

Eamonn Meskell’s Ahane face into the tie without the suspended Niall Moran and Dan Morrissey, who is in the US for the remainder of the Summer.

This will force management to dip into their 2014 minor winning side and leadership will be needed from Cathal O’Reilly, Mike Carr and John Meskell.

Murroe-Boher should have Pat Tobin and Paudie McNamara as options but fellow forward Mikey Ryan is in the US at present.

When the sides met earlier in the year in the league, Ahane were 3-10 to 0-9 winners. The Castleconnell side were also winners in the championship meeting 12-months ago.

The loss of the key duo presents a big opportunity to Murroe-Boher, who will be facing into a relegation battle in he final round otherwise.