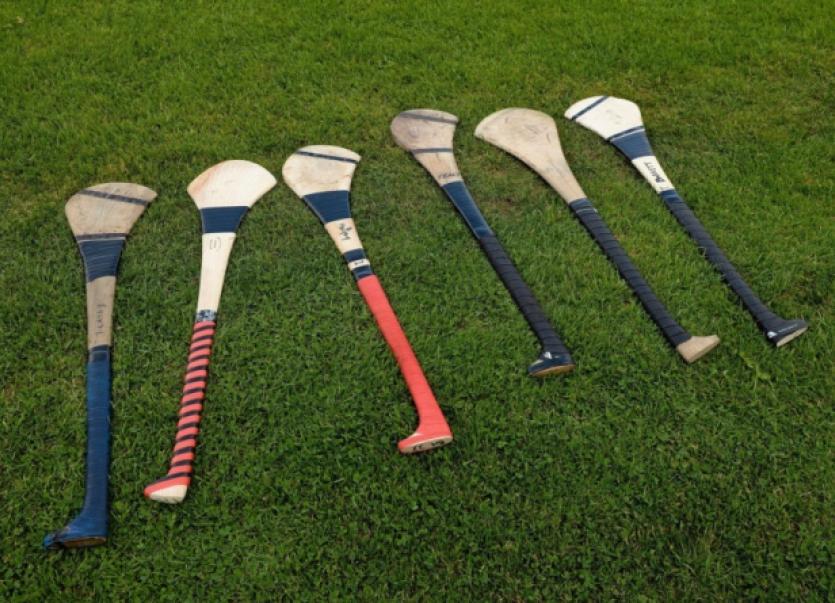 THREE spots are now finalised in the Limerick SHC knockout stages after Kilmallock, Na Piarsaigh and Patrickswell continued on their unbeaten runs this Sunday.

THREE spots are now finalised in the Limerick SHC knockout stages after Kilmallock, Na Piarsaigh and Patrickswell continued on their unbeaten runs this Sunday.

Ger O’Loughlin’s Kilmallock were 0-25 to 0-7 winners over Effin this Sunday evening in Kilfinane. The winners were 0-10 to 0-3 clear at half time.

Nine successive second half points put the derby game beyond doubt with Effin getting their only score from play in the 52nd minute. Kilmallock had Mulcahy brothers Jake and Graeme in fine scoring form.

At the same time in Claughaun, Na Piarsaigh were 6-17 to 2-5 winners over Bruff.

It was 5-5 to 2-5 at half time but Bruff failed to score in the second half as Na Piarsaigh eased to the win.

Kevin Downes and David Dempsey had two goals each, with Peter Casey and Adrian Breen also finding the net for the winners. John Cooke and Tony Burke had the first half Bruff goals.

Patrickswell made it four wins from four in the Limerick SHC with a 0-17 to 0-9 win over South Liberties in the Gaelic Grounds.

The Well will now face Kilmallock in the final round of group games to determine who top the group and advances directly to the semi final and who progresses to the quarter final.

In this win over Liberties, Ciaran Carey’s side were 0-9 to 0-6 up at half time with 0-6 from Jack Kelleher - three from open play.

South Liberties failed to score from play in the second half, relying on frees from teenager Brian Ryan.

Also in this group Murroe-Boher got their first win over the season when they beat Ahane 1-13 to 1-11 in Caherconlish.

It was largely a shoot-out between Seanie Tobin and Mike Carr.

Ahane played with the wind in the first half and were 1-9 to 0-6 up with Tom Morrissey getting the goal.

But Murroe-Boher edged back in the second half to snatch the narrow victory thanks to a late Paudie McNamara goal.

In the other group, Adare got their first win with a 2-15 to 1-15 success over Doon in the Gaelic Grounds.

After three successive draws, Ger Hegarty’s Adare had a goal in either half from John Fitzgibbon and Willie Griffin as crucial scores.

Doon were 1-10 to 1-6 up at the break with Mike Fitzgerald getting their goal.

But seven successive second half scores propelled Adare to the win, with Declan Hannon scoring three of their last four points from play.