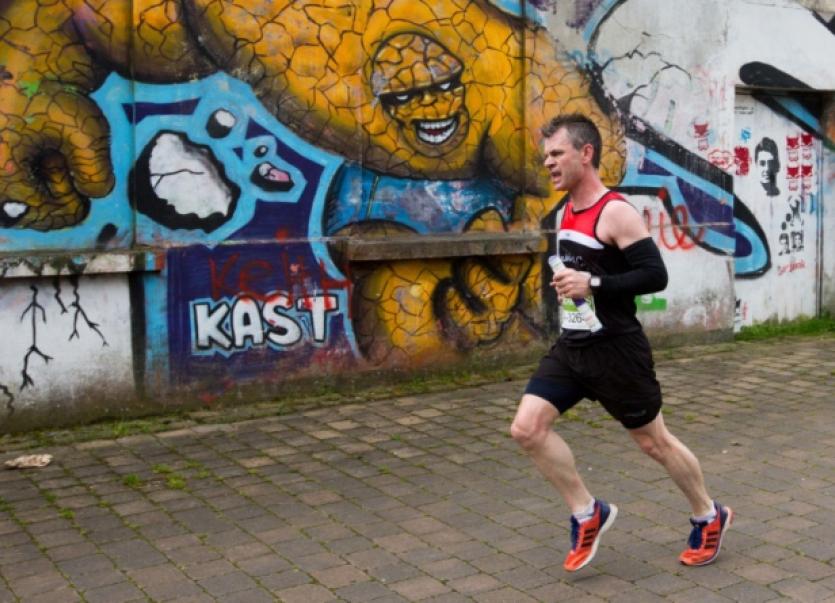 Verene Tarpey rounds up all the local athletics news.

Verene Tarpey rounds up all the local athletics news.

A number of athletes from Limerick competed last weekend at Mary Peters Track in Belfast and at the same time qualified for an International Event at the same track at the end of May.

The event was organised by the IUAA (Irish Universities Athletics Association) – it is affiliated to the AAI and the objective is to promote and develop University Athletics at national and international level. It holds a number of events every year including this track and field meet in Belfast last year.

Alana Frattaroli of Limerick AC was one such athlete who competed for UL on the day. She won her shot putt event. Alana threw a 12.43 to take the title. Alana did well considering she had been finding the last few weeks of training very difficult trying to meet college deadlines and keep focused for the oncoming competition.

Alana lead the competition the whole way to the last round, but still wasn’t happy with her distance. For her final throw, she decided to put everything into it and threw a 12.43 so was very happy.

The result means she has qualified for the international event taking place at the same track on May 31 where she will compete for Irish Colleges against the Scottish Colleges. Alana will be finished her degree in sports science on May 5 so has plenty of time to then focus on training and hopefully improve her personal best.

Other athletes who competed and also qualified for the International meeting in Belfast next month included Lily Ann O’Hora, a Limerick athlete who was 2nd in the 100 metre hurdles. Lily is returning to form after a spell of injury so it was great to see Lily back in action. Also competing was Amy O’Donoghue who was pipped on the line to take silver in the 1,500 metres. Jessica Coyne had a superb run in the 3,000 steeplechase

The launch of the Ballyhoura active series took place at the weekend. This series, one in Limerick and in Cork is going from strength to strength and features quality races over a variety of short distances. Many clubs from Limerick are taking responsibility for promoting and organising the series – The series kicks off in Galbally on May 15 where Mooreabbey Milers AC host the first race of the season. Kilmallock AC host the second race on May 22 at 7.30pm. Mungret is the venue for the 3rd race hosted by Dooneen AC on June 5 followed by Kilfinane AC 4 mile on June 12. The traditional Bilboa ‘Ger Mullane’ memorial race takes place on June 19and finally An Bru host the last race in the series in their hometown Bruff on July 3. This series is set to be a success with long summer evenings and plenty to look forward to.

The Kilnaboy 10mile took place at the weekend in Co Clare and many athletes travelled from Limerick to compete in this race. Well done to all the athletes. Special mention to the team from West Limerick AC – the women were the 3rd team home on the day represented by Sheila Clavin, Mary Folan Ryan, Edel Henriques and Jeni O’Regan. This is a great achievement.

Limerick AC will host a club reunion on Saturday, May 15, at the Greenhills hotel, Ennis Road, Limerick. Taking place at 8pm, all past and present members are invited as well as their family and friends. It will be a great evening of entertainment and for more details and to book, contact Chairman Ronnie Long at (085) 8544001, Tim Crowe at timcrowe1954@hotmail.com or Tom Foley at tom-foley@hotmail.com

County Championships in May

The annual ‘Feet on the Street’ series on April 17. Newcastle West is the venue with the Limerick Country club hosting the event on April 24. All races begin at 7.30pm with registration beforehand. Great Limerick Run featuring a number of different distances is taking place May bank holiday weekend in Limerick. For more details, log on to www.greatlimerickrun.com . The Ballyhoura series kicks off in Galbally on May 15 where Mooreabbey Milers AC host the first race of the season. Kilmallock AC host the second race on May 22 at 7.30pm. The juvenile County Championships takes place on May 10 in UL and all athletes are asked to contact their club registrar to enter children.