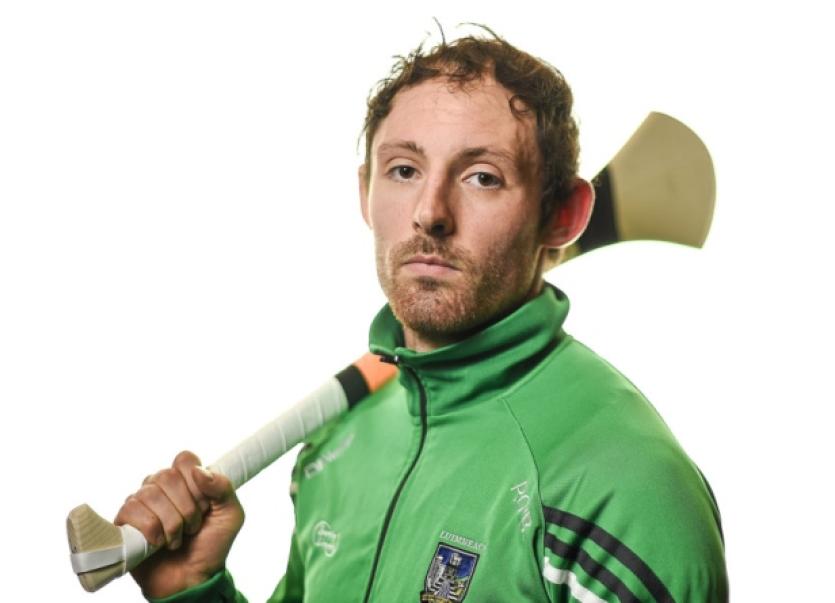 EVERY hurler dreams of playing in Croke Park and this March Paudie O’Brien played in GAA Headquarters twice in the space of 10 days.

EVERY hurler dreams of playing in Croke Park and this March Paudie O’Brien played in GAA Headquarters twice in the space of 10 days.

But the dream quickly became a nightmare.

Firstly his Kilmallock team “froze” in the All Ireland club SHC final against Kilkenny’s Ballyhale Shamrocks and then Limerick were completely outplayed by Dublin in the Hurling League quarter final.

“Looking back I laugh because we are talking about two games that could possibly not have gone any worse, barring a bad injury. It’s nearly the family that I feel sorry for most, trying to make small talk for a few weeks!”

“They were two very different situations - with Kilmallock we just froze and never expressed ourselves and with Limerick they looked way more sharp and ahead of us on development. Two very different things and not nice either of them but I took lessons from both and hopefully they will stand to us as the year goes on,” outlined O’Brien, who looks set for a switch from wing back to midfield this Sunday.

It’s a season where O’Brien and the Kilmallock quartet didn’t join the inter-county ranks until late March due to their club run.

“Different would be the word but enjoyable - after the club final and whole emotion of that, you have to look back and be very happy with it. At the end of the day all you want to do is win a county and after that anything is a bonus. We never turned up in the final but we are going to close that gap and from a personal point of view to be playing games in those months with your friends and family and going back to Limerick is what you dream of.”

He paid tribute to TJ Ryan and the Limerick management for allowing them the leeway to chase club success.

“We used to do the Monday night gym session because we would be doing weights anyway and we would go every now and then to training and do some ball wall work - in fairness we always showed the face. The boys were very understanding and told us to go full steam ahead with Kilmallock and what we were doing there,” he outlined.

But given that Limerick’s 2014 had ended in Croke Park heartbreak against Kilkenny, O’Brien was anxious to get back to the inter-county scene.

“I hope not to be away for that long again for a couple of years! Every now and again I would get an itch to go back and see how training was going and how new lads were getting on. It was different but when I look back on it now it was a very enjoyable couple of months.”

“I went to every one of them except the long distance away ones when I was at home with Twitter and 95FM and itching to get going. There is no doubt we are disappointed with the way it finished but we have trained very well since and couldn’t have prepared any better and we really look forward to this test. It’s not something I like to do - it’s not easy to sit there and watch because you don’t want to be critical because you know you will be down there yourself and maybe making the same mistakes that the boys are making. It does give you a different perspective - I wouldn’t like to be there for too long,” he said of watching from the stands.

Kilmallock lost the All Ireland club final on a Tuesday and within a week, The Balbec boys were back with Limerick.

“They (Limerick) played Laois in Kilmallock and TJ called us in and asked us who we wanted to do and in fairness to TJ he left it as an individual decision - for me I just wanted to get back in there. Looking back on it, it wasn’t the greatest of games to come back into but I wouldn’t change that because you learn from these things. You take the good with the bad and have to learn and drive on - I was delighted to get back into it because I don’t like sitting back.”

But it was a challenging two week period.

“When you think back, you come home on the bus and everything is wrong and you question yourself and fitness and what could I have done different. Then you go back training on Tuesday night and in fairness to the lads we always turn a new leaf, whether we win by 20-points or lose by 20-points. We looked ahead to what needed to be done because it’s about continuous improvement as a team and that’s what we strive to do. No matter what the result against Clare, win, lose or draw, we will be back in training on Tuesday night.”

Not for the first time Limerick look to switch from league losses to championship celebration.

“When you look back to what Waterford did that would give you confidence. You don’t need to be an expert to see that league matches are very different week-in-week out are very unpredictable. Teams are at different stages of development physically and so on,” he said of league hurling.

“It’s Limerick and Clare in Thurles and what happened before is relevant and it’s about that moment on that day.”

No hangover from the 2013 semi final loss to Clare.

“Things have changed for us and things have changed for them - we haven’t discussed it really. We are very aware of the challenge that is ahead. I was impressed with them in the league even though they did get relegated they were very competitive in all their games and have good hurlers all over the field. We have our own game plan and our own tactics and we just have to implement them and hope it’s good enough on the day - we couldn’t have prepared any better.”

Limerick are looking to continue a first round winning streak into a third season.