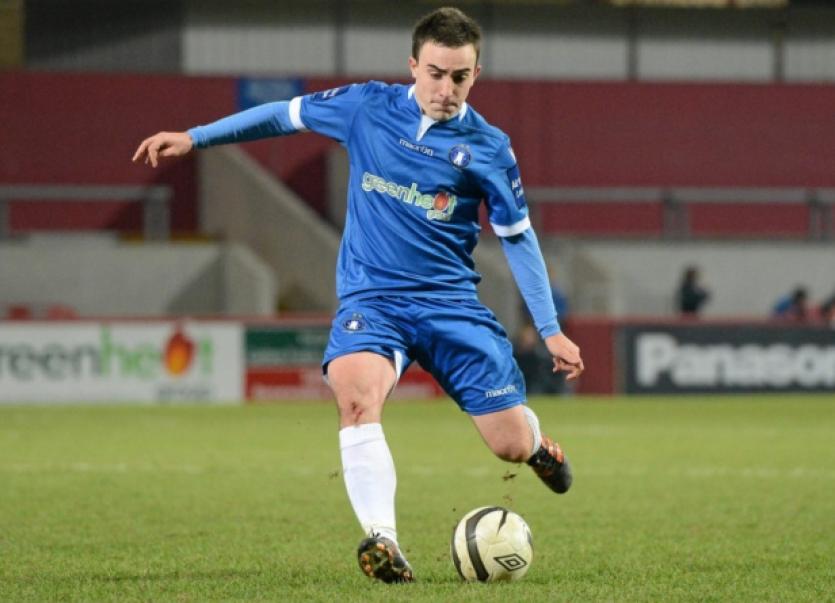 BASEMENT side Limerick FC will be desperate to pick up their first win of the SSE Airtricity League Premier Division season when travelling to City Calling Stadium to face seventh-placed Longford this Saturday night, 7.30pm.

BASEMENT side Limerick FC will be desperate to pick up their first win of the SSE Airtricity League Premier Division season when travelling to City Calling Stadium to face seventh-placed Longford this Saturday night, 7.30pm.

A combination of Limerick’s weekend defeat to Cork City and victories for Bray Wanderers and Sligo Rovers has seen Russell’s side slip five points adrift of the 11th-placed side in the table.

Limerick have lost eight and drawn five of their opening 13 league fixtures and the Blues will be anxious to ease relegation worries with a precious victory this Saturday.

Martin Russell said: “On the evidence of our first game against them (Longford Town), it could have gone either way. I think a draw (2-2) was a fair result.

“For me that means that this game is 50/50. We believe that our recent form is decent. If we go there in a positive manner, we can cause them problems. But there are no easy games and the fact we have already drawn against them at home shows that.

“The effort and commitment from the group of players against Cork City on Saturday was very good. It was just that on the day Cork took their chance and we didn’t do enough to take ours.

“We have to keep encouraging the boys. If we are playing games where we are being played off the park, leaking goals, not being competitive, there would be more concern. However, the evidence is there that that’s not the case. Again it comes back to performance. The performances have been decent and the lads realise that they are not far away.

“Getting a first win and three points on the board in the league will do the squad the world of good.”

Limerick play their first home fixture at the redeveloped Markets Field on June 5.

“We are looking forward to playing our first game at the Markets Field. The pitch is decent. We will do some light training on it before the big kick-off against Drogheda.”