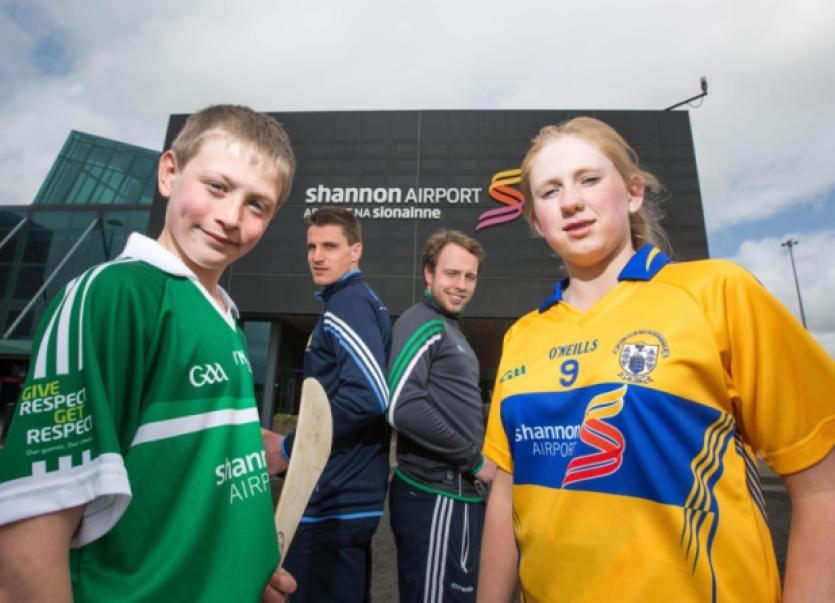 FORTUNE is supposed to favour the brave...

FORTUNE is supposed to favour the brave...

And, Limerick hurling manager TJ Ryan and his selectors have unveiled a number of surprises ahead of Sunday’s Munster SHC quarter final with Clare.

The game has a 4.00 start in Thurles and will be televised live on RTE.

It will be a Limerick team selection that hasn’t seen competitive action and largely based on from in post-league challenge games against Galway, Waterford and Wexford.

In interviews in the past week, members of the Limerick management have spoken of the value placed on gameplans and it would appear that the final selection very much keeps this in mind.

Wayne McNamara loses out in defence with Patrickswell’s Seanie O’Brien being rewarded for his continual progress since the turn of the year when he earned his place on the panel in a series of trial games.

O’Brien’s championship debut came as a sub against Wexford in 2011, but he has been absent from the senior set-up for the past two years.

But he did impress for the intermediate side last year and for LIT in the Fitzgibbon Cup.

He is one of three first time starters in the Munster SHC.

One debutante was always going to be in goals with Nickie Quaid out injured. Kilmallock’s 26-year old Barry Hennessy is set for his first ever Limerick senior competitive game, winning the battle for the spot between the posts with Aaron Murphy.

It appears Hennessy’s accuracy with quick-short puckouts could have been the deciding factor.

This will be vital to Limerick’s battle for primary possession, especially with the injured David Breen absent from the half forward line.

In front of Hennessy will be regular full back line colleagues Richie McCarthy and Seamus Hickey. Back into the fold comes 2013 Munster championship winning corner back Stephen Walsh to partner the duo.

During the league much talk was of a potential switch to attack for Gavin O’Mahony. Instead he moves from wing back to centre back.

The return of Walsh pushes Tom Condon from corner back to wing back. In turn that moves Paudie O’Brien from wing back to midfield and Paul Browne from midfield to wing forward.

O’Brien and James Ryan simply must and can win midfield against a Clare unit that is missing Colm Galvin, Brendan Bulger and Podge Collins from their middle third. The role of Paul Browne will be interesting and it’s assumed he will drift back into midfield and perhaps plug holes to stop Tony Kelly. But he can also force Clare onto the backfoot by running at their half back line. With Tony Kelly clearly the key man for Davy Fitzgerald, could Seamus Hickey do a man-marking role with Seanie O’Brien dropping to corner back.

Regardless middle third dominance is necessary to open supply lines to the Limerick attack. Here, central figures Shane Dowling and Declan Hannon need to find their best form. Graeme Mulcahy and Cian Lynch will add the spark and hopefully scores.

Both sides bring confidence weaknesses to Thurles so setting the early tempo will be necessary. While Limerick’s league form left many questions, this group of players have shown themselves more than capable of rising to championship intensity in similar circumstances in recent years.

Since 2011, Limerick have played six games in the Munster SHC and won three.

Whether winning or losing, no more than two scores have ever been between the teams. Sunday will be just as close. Limerick didn’t find too many goals during the league and need to find the net in Thurles. Also vital will be the bench and McNamara, Dan Morrissey, Seanie Tobin, Kevin Downes and Tom Morrissey are all viable options.

Much could depend on Clare ‘injuries’ but Limerick can win - especially as the panel now set last August’s Kilkenny display as their performance benchmark.